How many best-selling novels have you read whose writing appeared inferior to yours?

How many best-selling novels have you read whose writing you judged inferior to your own? Quite a few, Id guess. If this crap can be published, you ask, why am I constantly rejected? Well, its like this: when editors evaluate submissions, theyre not necessarily looking for an impressive literary style. Sure, they want writing that meets minimum standards, but first and foremost they want manuscripts they think will sell. Clearly, because some of todays best-selling authors are only marginal writers at best, beautiful writing isnt a pre-requisite for publication.

Editors operate under a double standard for purely business reasons. They are far less demanding of best-selling authors than they are of newcomers. Why? Because best-selling authors generate a profit regardless of the quality of their manuscripts. Beginning writers are far more risky to publish because they have yet to earn name value; as a result, their manuscripts must sell to the public entirely on their own merit.

Best-selling authors are edited only lightly at best. Imagine–will a low-paid editor tell a $10 million advance author how to write? Not likely. Major mistakes of big-name authors often pass right on through to the printed page–common errors that would lead to the immediate rejection of an unpublished writer. Stephen King once said, I could sell my grocery list, and I dont think this was his ego talking. I believe he referred to the greed factor of the publishing industry, that no matter what he submitted to his editor, the manuscript would be published because his name alone on the cover will sell his books automatically. A bit of advice: dont try to write like a best-selling author because youre not one– yet. And if you do try to write like one, you run the risk of possibly mimicking a major mistake.

You've got to build a reputation beginning in the very first sentence. . .

For instance, a best-selling author may take a far more leisurely approach to the pacing of his or her novel. Perhaps even by page fifty the story is yet to kick in. Fans have patience to stick with such an author because of past experience. In other words, if a John Grisham novel isnt riveting at page 50, his fans will continue reading because hes always paid off before. A first novel, however, must begin on page one. The purpose of page one is to convince the reader to read page two, and so on, and so on. Youve got to build a reputation beginning in the very first sentence of your first published novel.

What is a publishers ultimate objective? To make money–not necessarily to produce great literary classics!

If you seriously want to be published, thoroughly research the marketplace and determine what publishers want to buy. When you produce what a publisher wants, youll be accepted. Publishers cease to exist if they stop buying manuscripts. And dont try to write like a best-selling author. Write the very best first novel you can come up with and remember: especially for writers, patience is a virtue.

Michael Garrett MICHAEL GARRETT is recognized as the first editor and publisher of Stephen King. He's an internationally published author and editor who teaches weekend writing workshops and serves as a "book doctor" to help unpublished writers break into print. His URL is http://home.earthlink.net/~mgteach/welcome.htm 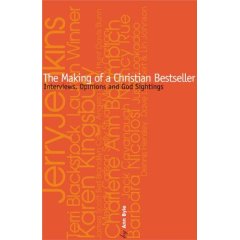