7 Common Grammar Mistakes to Avoid When You Write

Do You Make These 7 Common Grammar Mistakes When You Write?

You could go through years of education and somehow still struggle to understand some basics across different subjects. In writing, for instance, there are many common grammar mistakes that people make that they don’t realize, but it takes from their credibility.

Writing isn’t easy. Sometimes, certain phrases and sentences may sound perfect in your head until you write them down and it turns out to be gibberish. These are easily correctable grammar mistakes. Some grammar mistakes are hardly noticeable when you write and slip by you, especially if you’re self-editing your content. However, surprisingly, the readers easily notice these mistakes, and they don’t help your reputation as a writer.

There are many common grammar mistakes in this mold, but we’ll be pointing out seven of them in this article.

1. Improper use of the apostrophe

There are two prominent use cases for apostrophes: to show possession and for contractions. For example:

These are the only two ways to use an apostrophe. However, if you ever have doubts about using one, it’s better to leave it out altogether. You’ll cause less confusion when you don’t use it at all than putting it where it doesn’t belong.

It’s also easy to assume that leaving out an apostrophe is a typo error, so you have an excuse, but there’s no excuse for putting an apostrophe where it shouldn’t be.

You can’t dispute the claims by writers at Aussiessay that these Latin abbreviations are pretty important in modern writing. However, it’s important to state that they must be used correctly. It’s surprising how many writers misuse these two abbreviations in the way that they are.

The abbreviation “i.e.” stands for the Latin phrase “id est,” which translates to “that is” or “in other words.” The purpose is to explain something in a more straightforward way by defining it or using a more common expression. However, the abbreviation “e.g.” stands for “exempli gratia,” which is the Latin phrase to mean “for example.” So, the purpose of “e.g.” is to give specific examples to support your assertion.

If you constantly find yourself getting stuck on deciding whether “this” is the right one to use or “these,” then there is something you must keep in mind.

“This” references or points out something. While it can be used as a general concept, it mainly points to something singular. On the other hand, “these” is only used to reference plural nouns.

Several dissertation services by assignment help UK mentions how both words are easily confused. This is probably because they sound the same way. After all, they’re far different words. One is a noun, and the other is a verb.

“Effect” is a noun that refers to a result or outcome. While “Affect” is a verb that has to do with a reaction. Something that you watch may affect you, not effect you. Also, it may help you to associate “effects” with “special effects” from movies and music videos to remind you that it’s a noun.

The two may sound similar in a way, but they’re very different. “Your” refers to possession, while “you’re” means being something. For instance:

“You’re” is simply a contraction of “you are,” pointing to being something.

This is another confusing one for obvious reasons. They have the same spelling and are pronounced the same way, except that one has an apostrophe, making it a contraction. “It’s” is the contraction of “it is,” while “its” refers to possession. One reason why both are confusing is that the suffix “’s” is mainly used for possession. However, it’s a contraction in this case, and the one without “’s” is for possession.

This confusion is quite understandable since it’s impossible to use a gender-related term to refer to a brand. However, it’s also crucial to note that a brand is not plural either. So an entity or brand should be qualified with the singular word “it.”

These grammar mistakes are common in writing and may affect your credibility as a writer. So, you must pay attention to these mistakes and avoid them. The ones mentioned in this article are a few examples. 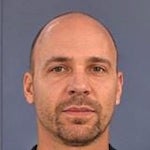 John Peterson is a journalist with four years of experience working in London magazine “Shop&buy” as an essay reviewer. He also has previous experience working as an essay writer as EssayMama. In addition, he is a professional mini-tennis player, and he has written a novel, “His heart.” You can find him on FB.

Of Polecats and Print-on-Demand Publishing

The Lonely Writer’s Companion – “How Important is It to Bleed onto the Page?”