The entire line of NOOK products have been acclaimed widely as the best in the marketplace, and validate the Company’s first-class digital organization.  While the Company has invested heavily in developing its new platform, including recruiting world-class talent and increasing its advertising and marketing spend, its customer Life-Time-Value (LTV) models continue to indicate these up-front investments will create significant value.

Due to the increased significance of the NOOK business platform, the Company is evaluating its reporting segments.  The evaluation is expected to be complete by the end of this fiscal year, which may result in reporting NOOK as a separate operating segment.

In order to capitalize on the rapid growth of the NOOK digital business, and its favorable leadership position in the expanding market for digital content, the Company has decided to pursue strategic exploratory work to separate the NOOK business.

“We see substantial value in what we’ve built with our NOOK business in only two years, and we believe it’s the right time to investigate our options to unlock that value,” said William Lynch, Chief Executive Officer of Barnes & Noble.  “In NOOK, we’ve established one of the world’s best retail platforms for the sale of digital copyright content.  We have a large and growing installed base of millions of satisfied customers buying digital content from us, and we have a NOOK business that’s growing rapidly year-over-year and should be approximately $1.5 billion in comparable sales this fiscal year.  Between continued projected growth in the U.S., and the opportunity for NOOK internationally in the next 12 months, we expect the business to continue to scale rapidly for the foreseeable future.”

The Company also said that it is in discussions with strategic partners including publishers, retailers, and technology companies in international markets that may lead to expansion of the NOOK business abroad.

There can be no assurance that the review of a potential separation of the NOOK digital business will result in a separation.  There is no timetable for the review, and the Company does not intend to comment further regarding the review, unless and until a decision is made.

Book sales were strong overall, fueled by strength across multiple categories.  Juvenile titles were exceptionally strong, led by The Hunger Games, Cabin Fever (Diary of a Wimpy Kid Series #6), Inheritance, and The LEGO Ideas Book. In addition, there was significant crossover between physical and digital book sales, including big movie books like The Help, The Girl With the Dragon Tattoo and War Horse among the holiday hits.  Physical book sales on a comparable basis increased by 4% at Barnes & Noble stores, exhibiting growth for the first time in five years.

Barnes & Noble continues to benefit from a consolidating physical book market.  The Company benefitted from the closure of Borders stores during the holiday season and now expects the sales lift to be in a range of $200 million to $230 million in fiscal 2012.  The Company reinvested the Borders upside in its digital business.

BN.com sales increased 43% over the prior year period to $327 million, with comparable sales increasing 52%, on top of a 78% increase a year ago.  This increase was driven by continued growth of the NOOK business, offset by a decline in online physical product sales.

The consolidated NOOK business across all of the Company’s segments, including sales of digital content, device hardware and related accessories, increased 43% during the holiday period to $448 million, on a comparable sales basis.  A substantial portion of the 70% year-over-year NOOK unit increase was driven by sell-through at third-party retailers as the Company expanded NOOK distribution.  This growth in sales with customers at retailers outside of Barnes & Noble stores is indicative of the increasing awareness of the NOOK brand and demand for the product from customers new to Barnes & Noble.

BN.com and NOOK comparable sales reflect the actual selling price for eBooks sold under the agency model rather than solely the commission received.  Additionally, it includes all deferred eReader device revenues, and includes device sales to channel partners on a “sell-in” basis net of estimated returns.

Although Barnes & Noble was the first to the market with a revolutionary color eReader and has since introduced NOOK Tablet, which has exceeded expectations, the Company over-anticipated the growth in consumer demand for single purpose black-and-white reading devices this holiday.  Nevertheless, NOOK Simple Touch saw strong sales this holiday, remains the highest rated eReader in the market, and the Company plans to continue to market this successful product for years to come.

Barnes & Noble, Inc. will report third quarter earnings results on or about February 21, 2012. 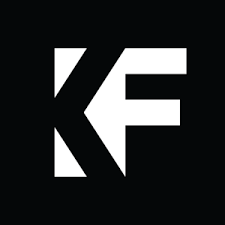