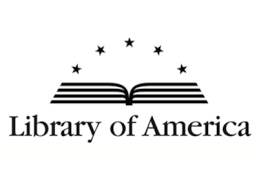 Library of America, publisher of the award-winning series that has been called “the most important book-publishing project in the nation’s history” (Newsweek) and “the de facto canon of American literature” (New York Times), has hired industry veteran John Kulka as editorial director. Mr. Kulka’s publishing career includes senior positions at Barnes & Noble, Yale University Press, Harvard University Press, and Basic Books. In addition, he has served on the boards of the nonprofit Dalkey Archive Press and the David Charles Horn Foundation, which supports the Yale Drama Series.

In announcing the news, Library of America publisher Max Rudin, who assumes the presidency of the nonprofit organization with the retirement of Cheryl Hurley at year’s end, said “John’s broad and deep knowledge of American writing, his experience on both the publishing and bookselling sides, and his career-long dedication to quality, make him the ideal person to help guide our editorial program going forward and a valuable addition to Library of America’s management team.”

Kulka will replace longtime editor-in-chief Geoffrey O’Brien, who will also retire at the end of 2017.  With Rudin and Hurley, O’Brien has played a key role in the remarkable rise of the organization, founded against considerable odds in 1979, into a highly respected cultural institution with a unique and historic mission: to preserve and foster greater appreciation for America’s cultural heritage by publishing and keeping permanently in print the nation’s best and most significant writing.