NEW YORK, NY/7/1/08–Barbara Bauer of Barbara Bauer Literary Agency in New Jersey, has filed a lawsuit in Monmouth County Superior Court against Wikipedia, Absolute Write.com, YouTube, Science Fiction and Fantasy Writers of America, and 19 blogging sites, claiming they are impairing her ability to earn a living as an agent by posting derogatory statements and doctored videos on their websites.

According to a June 30 item in New Jersey’s Star-Ledger, last month the Electronic Frontier Foundation, a California-based nonprofit group that focuses on free speech on the internet, got involved in the case. Foundation lawyers joined Wikipedia’s lawyers in asking the court to have the literary agent’s case dismissed. The two sides were scheduled to argue the motion before a Monmouth County judge Tuesday, July 1.

According to her web site, Bauer has been a literary agent for 24 years and has “an extensive track record of sales to advance and royalty-paying publishers.” She also hosts “AWOL: Authors Without Limits,” a podcast about authors and their books.

Matt Zimmerman, the Electronic Frontier Foundation’s senior staff attorney, said in the Star-Ledger article that Bauer’s lawsuit is one of a growing number filed by individuals who feel they have been maligned on the web. Bauer’s suit raises legal questions about what is free speech on the Internet and whether sites like Wikipedia are legally responsible for information posted by their users.

“More and more you see these kind of lawsuits,” Zimmerman said. “It was a good opportunity to have a court address the question head on.”

Wikipedia’s lawyers argued in court papers that the site is protected by a section of the federal Communications Decency Act that says the owners of interactive websites cannot be held liable for comments posted by their users.

Wikimedia Foundation general counsel Mike Godwin said if lawsuits like Bauer’s are successful, they could significantly harm the popular encyclopedia site. “We provide a platform through Wikipedia for smart citizens to give their knowledge back to a larger culture,” Godwin said in a statement to the Star-Ledger. “Our ability to offer citizens that platform is what’s at stake in this case.”

Read the full story in the Star-Ledger. 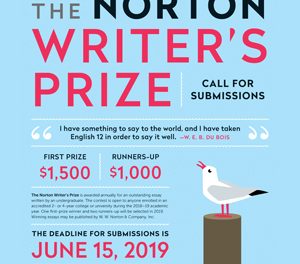