BLOOMINGTON, IN /AUTHORLINK NEWS/January 28, 2010–Author Solutions (ASI), with an initiative to become the worlds largest publisher of original digital content, is hitting a few brick walls from traditional writers organizations. The company, which has recently signed agreements with Harlequin and Thomas Nelson to develop self-publishing imprints, faces stiff opposition from Romance Writers of America, Mystery Writers of American, and Science Fiction Writers Association, who oppose the move of traditional publishers into the subsidy publishing business.

The extent of opposition became more evident  last week when Author Solutions CEO Kevin Weiss ran a video challenge on Self-Publishing Review and on Youtube asking the leaders of the Mystery Writers of America, Romance Writers of America and the Science Fiction Writers Association (SFWA) to "engage in a direct conversation with me and some of the other folks at Author Solutions at their convenience."

ASI has begun launching alliances with industry-leading digital content portals, giving its titles widespread digital availability. In the process, ASI will produce digital versions of all new titles it publishes, convert thousands from its backlist, and make them available through several popular e-readers and e-channels to readers worldwide, including Sonys e-book store.

On Twitter, SFWA president Russell Davis had this statement: "We will be responding in an appropriate manner as soon as possible." Scores of Twitter writers have already weighed in for and against the video. 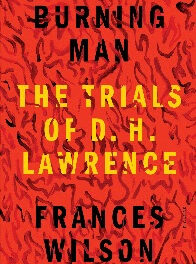