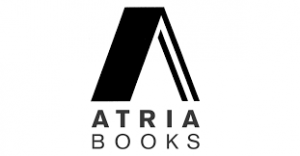 Kristin Fassler will be joining the Atria Publishing Group in the newly created position of Vice President, Director of Integrated Marketing. Kristin will oversee a department that merges  Atria’s publicity and marketing teams in order to better coordinate and focus the overall outreach and marketing on behalf of the unit’s authors. The announcement was made by Libby McGuire, Vice President and Publisher of Atria Publishing Group, a division of Simon & Schuster.

“Book publicity and marketing have changed in recent years, as the tried and true levers that drive book sales, such as media and author events, have been supplemented by methods such as social media influencers, podcasts, and newsletters,” said McGuire. “Many of these newer outlets are reached by both marketing and publicity, and our new integrated marketing team will be better able to determine the most suitable approach for any given author or title, and then execute a publishing plan in a manner that will grow the author’s audience and be cost-efficient for Atria. Our decisions about how we market and publicize will be informed by data measuring the effectiveness of the campaigns we conduct, and testing new marketing vehicles, all within a department that will be flexible, nimble, and able to reach the intended audience for the great variety of books we publish.”

Kristin comes to Atria with a wealth of experience. She was most recently Vice President, Director of Marketing at Random House, overseeing the Ballantine Bantam Dell imprint, managing a department of nine people. Kristin began her publishing career selling national accounts at both HarperCollins and Random House, and transitioned to marketing in 2009. At Ballantine Bantam Dell, Kristin directed the creation and implementation of innovative, data-driven campaigns for Diana Gabaldon’s Outlander series; Lee Child’s Jack Reacher novels; books from bestselling authors Jodi Picoult, Emily Giffin, and Debbie Macomber; nonfiction bestseller campaigns for Mindset, The Culture Code, and Van Jones’ Beyond the Messy Truth; and breakout debut fiction campaigns for Lilac Girls and The Girl Before.  She developed social campaigns and partnerships with companies and networks such as TNT, Starz, Sony, Hallmark Channel, and HBO; and spearheaded initiatives to approach business challenges, including chairing a corporate content marketing committee, driving platform development innovation labs, and developing a new approach to more effective book club marketing.

In addition, Kristin has taken a visible leadership position in our industry—teaching at New York University and speaking at conferences including BookExpo America and others organized by the Yale School of Management, Association of National Advertisers, and Argyle Executive Forum.

Reporting to Kristin will be Dana Trocker, Director of Marketing, who will join Atria from the Simon & Schuster trade imprint. Dana will know, she is widely admired by her colleagues, and her creative and thoughtful marketing efforts have had a major impact on the success of titles ranging from What Happened by Hillary Rodham Clinton to Salt, Fat, Acid, Heat by Samin Nosrat to The Oregon Trail by Rinker Buck and The Rules of Magic by Alice Hoffman.

Kristin, who will report to Libby McGuire (with a dotted-line relationship to Vice President and Associate Publisher Suzanne Donahue), will begin at Atria on August 1.