Annie Proulx has been named winner of the 2018 Library of Congress Prize for American Fiction. The honor recognizes an experienced writer whose body of work has “told us something new about the American experience.”

The 82-year-old Proulx, who was born in Norwich, is best known as the author of the 1993 novel “The Shipping News,” which won a Pulitzer Prize and a National Book Award, and the short story “Brokeback Mountain,” which was adapted into an Academy Award-winning movie in 2005. Last year, she received the National Book Foundation’s Lifetime Achievement Award.

“Proulx has given us monumental sagas and keen-eyed, skillfully wrought stories,” Librarian of Congress Carla Hayden said in a statement released Wednesday. “Throughout her writing, she succeeds in capturing the wild, woolly heart of America, from its screwball wit to its every last detail. She is an American original.” The selection, by Hayden, was based on nominations from previous winners, other authors, and literary critics.

“I disbelieved this honor at first,” Proulx told The Washington Post via email, “but when the news finally sank in, I was both somewhat shaken and delighted to learn my work was held in esteem by our national library.”

“The American experience that has charged most of what I write has been place — the geography of North America and how different locales affected the way the inhabitants made a living, how they spoke, dressed, ate, thought,” Proulx said. “I have always been curious about regional differences, so when I started to write in my late 50s, I wrote about rural places. In those places I was most interested in the way people worked — the specific kinds of work that a particular landscape dictated.”

Two years ago, Proulx published a novel titled “Barkskins,” which covered more than 300 years of forestry and reflects her abiding concern for the environment.

“I feel sorrow and urgency about the state of the natural world,” Proulx said. “So many extinctions loom, so much plastic chokes the waters, so many stars are blotted out by light pollution, so many birds have flown into oblivion. I sometimes ask friends who are passionate about the natural world how they manage to stave off grief at the visible decline of a world we took for granted only a few decades ago. The consensus is to keep working in personal ways to protect what we still have, through citizen science or private behavior.”

Proulx will formally receive the prize at the Library of Congress National Book Festival in Washington, D.C., on Sept. 1.

The Last Refuge by Craig Robertson 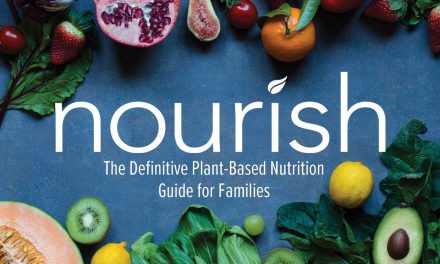 Nourish The Definitive Plant-Based Nutrition Guide by Shah and Davis