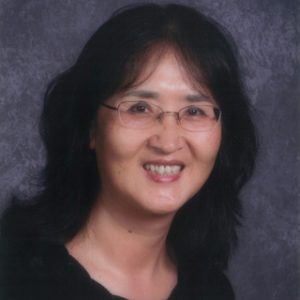 Jing Li is originally from China, where she was a high school English teacher before she came to the United States in 1989 and earned her Master’s degree/ Education in 1990.

After twenty years as a public high school teacher of Mandarin Chinese in San Francisco, Jing Li is now a writer in English, her second language.

Defying all odds, she competed her way into China’s best foreign language university in Beijing, and finally made her way to America as the runaway number one winner out of hundreds of high school English teachers in Shanxi Province.

Besides being published in Chinese before coming to America, Jing Li has also been published in the following anthologies:

A passionate classroom teacher with compassion for kids, Jing Li has recently completed her 300-page manuscript of Basic Mental Math for Kids.

Her dream plan in the nearest future is to teach America’s young kids to add, subtract, multiply and divide in their head and calculate everyday dollars and cents without using a calculator, so they ‘ll at least know how to balance their checkbooks when they grow up.