Joan Johnston is one of today's most celebrated American authors. She has written more than 40 award-winning historical and contemporary romance novels and her work regularly appears on The New York Times and USA TODAY bestseller lists. In all, she has more than 10 million copies of her books in print.

Within the past six months alone, six Johnston titles will have been released by four different publishers. In September 2004 The Rivals came out from Pocket Books. In October , Honey and Hired Hand came out from HQN, while Mira produced Big Sky Country. In November, Avon published The Men of Bitter Creek, while Dell Publishing reprinted Sweetwater Seduction. Finally, in February 2005, Pocket Books will republish Joan's very first novel, which has been retitled No Longer a Stranger.

Perhaps Johnston's best-loved works are the Bitter Creek romance series. One of our favorites is The Rivals (Pocket Books, September 2004) a suspenseful romance set in Jackson Hole, Wyoming, in which the featured character is a young female sheriff.

Juggling single motherhood and her job as deputy sheriff of Teton County, Sarah Barndollar hasn't lost hope of solving two cold cases of missing young women. When a third vanishes, all hell breaks loose because she's the illegitimate daughter of Texas scion Clay Blackthorne, and the granddaughter of his mortal enemy King Grayhawk. The crisis pits the two powerful families against each other in a race against time.

In this exclusive Authorlink interview, Joan Johnston talks about why she writes what she does, where she gets her ideas, and how it feels to be on The New York Times and USA Today bestseller lists.

AUTHORLINK: Why do you feel your Bitter Creek series has been so popular?

JOHNSTON: The Bitter Creek series is about feuding families, the rich and powerful Blackthornes against the poor and struggling Creeds. I have written three historicals, and five modern-day novels in the Bitter Creek series, all involving the same families and their ancestors. The saga begins in the first series when the Duke of Blackthorne marries Cricket Creed–and her son disapproves, creating a rift between the two families that lasts for more than a century. I think people enjoy reading about the ongoing characters, how the feud got started, and what happens to the families next.

In the contemporary seriesTHE COWBOY, THE TEXAN, THE LONER, THE PRICE, THE RIVALS and the upcoming THE NEXT MRS. BLACKTHORNEI write about modern-day people, the descendants of the families I first portrayed in the historical series, which included FRONTIER WOMAN, COMANCHE WOMAN, and TEXAS WOMAN.

AUTHORLINK: Why did you move from historicals to contemporary stories?

JOHNSTON: I was writing short contemporary novels for Harlequin, and moving to the mainstream as a contemporary author gave me the opportunity to write expansive family sagas like the Bitter Creek series.

"I hit The New York Times

AUTHORLINK: How many books had you written before reaching The New York Times list, and how tough was it to get there?

"When you first make one

of the major lists it's exciting, exhilarating, but the reason is that it means readers are finding your books and reading them!"

AUTHORLINK: How did it feel to make the Times and USA TODAY lists?

JOHNSTON: I've been on the bestseller lists almost since the beginning of my career. I've made the Walden's list for 15 or 20 years. My books have been in the top 5 for a long time. When you first make one of the major lists it's exciting, exhilarating, but the reason is that it means readers are finding your books and reading them! We write for ourselves–and so other people can enjoy our books.

"I constantly fill the creative well.

I travel, hike, go to movies. The ideas are constantly percolating."

AUTHORLINK: How do you come up with your ideas?

JOHNSTON: I constantly fill the creative well. I travel, hike, go to movies. The ideas are constantly percolating. While I am writing one book, I am always planning the next one. So, I may have been thinking about a book for a year before I actually start writing it.

To sell a book my publisher requires that I write a synopsis of the project. But the book always changes before I am finished because my characters never do what I expect them to do. I let them go where they want to go, though not too far afield. They do often surprise me, and hopefully the reader too.

AUTHORLINK: How did you become a writer?

JOHNSTON: I have a bachelor's and a master's degree in theater. I was going to be an actress. But I ended up getting married, instead. I started teaching, then became a newspaper editor and drama critic. I wasn't making enough money as a teacher, so I enrolled in the University of Texas at Austin School of Law. When I graduated I practiced law first in Virginia and then in Florida.

AUTHORLINK: You graduated from law school with honors and were one of only 5 out of 500 people that year to be selected for the Order of the Barristers. So why didn't you wind up in the profession?

JOHNSTON: I was so miserable as an attorney that I used reading as an escape. I read 300 romance novels a year, and loved them. They were all about women who faced great adversity and triumphed in the end. They inspired me.

I got a divorce, left Virginia, and took a job in a smaller law office in Miami. In the summer of 1983, I began putting my first words to paper. By the fall, I had written my first book. Even before I finished, I called Linda Marrow and said I was coming to New York within six weeks and asked if I could send her a synopsis and 120 finished pages. I had planned to be in Washingotn D.C., not New York, but when she said she'd see me, I was glad to add New York to my itinerary. Linda read and loved the proposal and when I met her in her office, she offered to buy it!

I got lucky, selling my first novel to the first editor to whom I submitted, but it wasn't quite as easy as it sounds. I knew they were looking for books for the Tapestry line and I had done my homework. I had read every book in the line. I knew exactly how my work compared with the titles they were publishing.

I recently revised that first book, which is being republished by Pocket under a new title, No Longer a Stranger. Reading that first book showed me how much I have grown as a writer. I thought I was a wonderful writer–but I knew nothing about point of view, or building tension, or a lot of the things that make my books un-put-downable nowadays.

"I was able to get Pocket to

revert the rights for my first five books, and later sold two titles back to them for significantly more than I earned the first time around. "

AUTHORLINK: How many publishers have you had?

JOHNSTON: Through the years I have had five publishers. I began with Pocket, where I wrote 5 books, moved to Dell (Random House) where I published 16 books, then concurrently wrote 16 category novels for Harlequin's Desire line. I also wrote contemporary mainstream novels for Avon (which is now HarperCollins), and have returned to Pocket to write both hardcover and paperback originals.

I was able to get Pocket to revert the rights for my first five books, and later sold two titles back to them for significanlty more than I earned the first time around. There's a wonderful syncronicity to that.

AUTHORLINK: Do you have an agent or work by yourself?

JOHNSTON: I have had five agents. My current agent is Robert Gotlleib with Trident Media. For my 16 category novels, I have represented myself, but I have spent a lot of time learning the business, as well as the craft, and employ a literary attorney when I need extra help and advice.

"I try to treat writing

always worked for me."

AUTHORLINK: Do you have any particular writing patterns or quirks?

JOHNSON: I try to treat writing like a job, but it hasn't always worked for me. A lot of people say you should write ten pages a day, but when I do that, I wind up throwing away six. I can't write on a schedule because I don't know what's going to happen next in the story. I spend a day or two thinking about what my characters might do, then I write. If I wrote 10 pages every day, 100 pages later I might discover I was heading in the wrong direction. So it's better for me to wait until I know what my characters want to do. I go hiking, shopping, or lie on the bed and stare at the ceiling. The story gets processed subconsciously. I talk to the characters. I work out the solutions with them.

AUTHORLINK: How do you find the energy to produce such a volume of work?

JOHNSTON: Writing places a tremendous demand on your time. When I started writing full-time, I wrote five books a year for the five years–twenty-five books in five years. I gave up all social life. All I did was work and take care of my kids. When I divorced and started seriously writing, my son was 7 and my daughter 13. I believe my kids sacrificed. But if I hadn't turned out that much work, I would not be where I am now. I do, however, have more balance in my life these days.

AUTHORLINK: What have you done to promote your books?

JOHNSTON: I write a letter to my readers in the back of every book. I tell them where they can write to me; I mention my next books to encourage crossover sales. I tell my fans what's coming next, and I invite them to go to my web site, www.joanjohnston.com. I do postcard mailings, and I do a lot of speaking at conferences.

"My books are always about

a lot of angst, with the promise

of a happy ending. Romance novels are a genre written by women, for women."

AUTHORLINK: I have to ask this: In the Bitter Creek series, will Clay wind up with Libby in the end?

JOHNSTON: That's a sixty-four-thousand-dollar question! Lots of readers have told me they want Clay and Libby to end up together. They'll just have to read The Next Mrs. Blackthorne to discover who Clay chooses for his wife.

AUTHORLINK: What advice do you have for the struggling writer who is trying to break in?

JOHNSTON: Learn the business. Be passionate about your writing. I love what I write. My books are always about a lot of angst, with the promise of a happy ending. Romance novels are a genre written by women, for women. These stories celebrate the power of love, and love is what makes the world go around. 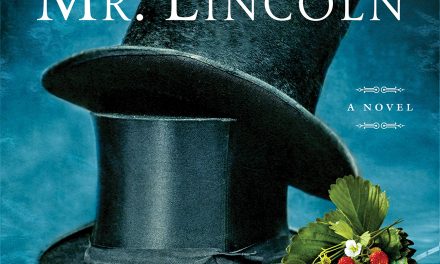 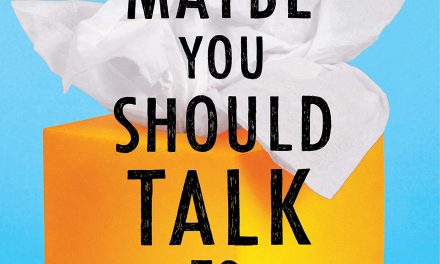 Psychotherapist Gottlieb Takes Us Inside the Therapy Room and Ourselves 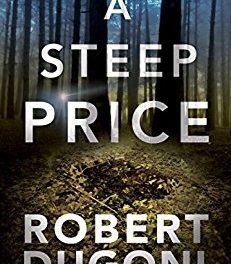