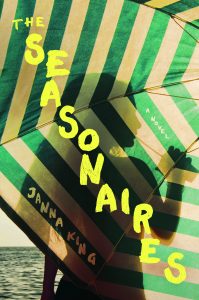 For a twentysomething, there is no summer job better than being a seasonaire—there are no responsibilities, college is barely a thought, and you’re surrounded by beautiful people. When life is this intoxicating and carefree, what could possibly go wrong?

In acclaimed screenwriter Janna King’s thrilling debut novel, THE SEASONAIRES (Pegasus Books; on-sale May 2, 2018), she reveals there’s more than meets the eye in the “perfect” life of a seasonaire as one Nantucket summer spirals dangerously out of control for six young, attractive twenty-somethings. Already being developed as a TV series at Blumhouse TV (“Get Out”), THE SEASONAIRES is a timely, provocative, and suspenseful look at the privileges and pitfalls of social media celebrity. It’s a guilty-pleasure read for summer!

In this AUTHORLINK AUDIO interview, Janna explains why, as a successful screenwriter, she turned to novel-writing. She also talks about the differences between writing for television/film and writing a novel and details her experiences of finding and working with book agent  Adam Chromy and publisher Pegasus Books. “The people at Pegasus were so kind to me as a green novelist,” she said.  Learning that they were about to publish her first novel was an extremely emotional moment in her life, despite all her screenwriting credits.

In THE SEASONAIRES, an idyllic summer begins like a dream for Mia, a resourceful young woman from South Boston; Presley, the gorgeous Southern beauty queen; Cole, a handsome introvert; Jade, the sultry daughter of a model and music mogul; J.P., an energetic young designer; and Grant, the playful party-boy. These six are working as seasonaires—influential brand ambassadors—for the clothing line Lyndon Wyld. But like all things that look too good to be true, the darkness lurking underneath slowly rises to the surface.

Lyndon Wyld, the chic tigress who owns the eponymous business, rules their daily life by curating their every move, which the seasonaires are obliged to post on social media for their growing throngs of followers. As the summer progresses, corporate greed, professional rivalries, and personal conflicts mix with sex, drugs, and the naïveté of youth, exploding in a murder that sullies their catalog-perfect lives.

The television series “UnReal” meets The Assistants and Pretty Little Liars in this irresistible coming-of-age story and twisty murder-mystery that proves some things really are too good to be true.

Armed with a BA in English from UCLA and an MA in Film/TV from LMU, Janna began her career with a job as a movie studio receptionist. She went on to become an assistant for TV executives and producers, reading much material, which in turn, prompted much writing. Her spec scripts garnered work on one-hour dramas including “Silk Stalkings,” “The Commish,” “The Heights,” and “Pensacola: Wings of Gold.”

When her two children were born, Janna turned her focus to kids television and film. She has written for such animated series as “Wacky Races,” “Dragon Tales,” “My Friends: Tigger and Pooh,” “Strawberry Shortcake,” and “Pound Puppies.” Her produced animated feature credits include “Candy Land,” “Bratz Passion For Fashion: Diamondz,” and “Strawberry Shortcake: Sky’s The Limit.” She has developed projects for Disney Junior, National Geographic Kids, and WB Kids. In addition, her writing found an interactive home with Websites for Cartoon Network, the “QPIZ” Web series, and Curious George apps from Houghton Mifflin Harcourt. She is also author of the children’s book, Even Monsters Have Manners.

As her kids grew, Janna’s writing returned to the “grown-up” live action world. She wrote “Ghost Coast,” an adventure screenplay for Josh Duhamel’s Dakota Kid Productions. She has developed original and book-based properties in both the half-hour and one-hour TV space for various production companies. After writing the TV movie, “Sex, Lies, and Hit Men” for Jennifer Love Hewitt’s Fedora Films at Lifetime, she went on to write three Hallmark movies, two of which premiered during the channel’s 2017 Christmas block.

Janna’s first novel, The Seasonaires, will be released May 2, 2018 by Pegasus Books. It is currently being developed as a television series at Blumhouse TV (“Get Out”).

Janna segued into directing with her original short film, “Mourning Glory,” based on her feature script of the same name. The short was an official selection at 2014/15 film festivals, including the Carmel Film Festival, the Boston Film Festival, the Maryland Film Festival, and it won the Best Cinematography Award at the Women’s Independent Film Festival 20l4. She is following up her second short film, “The Break Up” by producing an animated short called “Willow.”

In theater, her one-act play, “Double Date” was performed at The L.A. Renegade Theatre’s One Act Festival 2014. At Renegade, she directed her original play, “Boners & Other Stupid Mistakes” in 2015 and in 2016, her one-act “The Bluff.”

Janna is a current WGAW member.

Behind the Book: THE SEASONAIRES by Janna King

Nothing is perfect. Almost everything I write centers around that concept – a place, a character, a job, a relationship. There is something comforting about knowing that nothing is perfect, especially when you feel strikingly imperfect yourself. And that’s me. THE SEASONAIRES is the tale of what is sold to my young fictional characters as the perfect summer. I had met my book agent on a TV project and when he came to me, asking if the new world of brand ambassadors who sell “the dream life” during vacation seasons sounded like a fun writing arena, I said “Yes!” Being the dark, morbid tale-spinner that I am, even when I write comedy, I immediately thought that a dream summer in a gorgeous, idyllic setting was ripe for a murder mystery. My casual one-line pitch when I’m talking to people: Six twenty-something brand ambassadors set off for the best summer of their lives in Nantucket and shit goes down. As a writer, I love when shit goes down. People seem to spark to that!

This novel is set in Nantucket, and in the past, I enjoyed several amazing East Coast seaside summers, but it’s really about anywhere that seems like perfection. I grew up in a beautiful beach suburb of Los Angeles. Back then, my hometown was the picture of wholesome white picket fence Americana. But as I got older, I learned that there was darkness underneath the façade, that people who lived there were as fucked up as people anywhere else. We are messy. I am messy. But that’s how we find each other and truly connect. The façade is slick and impossible to truly grasp. The messiness is where we stick to each other, for good or bad – most often times both.

In the novel, I purposely use terms like “dream,” “tales,” “stories” because it’s an allegory about the desire for “a perfect picture” and the slippery slope of social media. I have a love/hate relationship with social media. I don’t get to see my friends and family as much as I would like, so Instagram and Facebook give me the opportunity to catch up. I love travel IG accounts and some fashion and beauty. But I’m baffled by the concept of Insta-famous and the curation of people and lives. More importantly, the pervasive nastiness of social media is disturbing and deeply upsetting. “Haters” who feel the need to take others down is the soul-crushing nadir of humanity. Social media can be a smart and fortunate forum to come together when human rights, environmental needs and free speech are threatened. But to use it a personal affront, whether you’re famous or not, is, in my opinion, wrong.

As a storyteller, I contemplated the possibility that details can be caught in social media posts. What happens if a perpetrator of a crime happens to be in the background? If in the corner, a guy is making out with a girl and he’s married or engaged to someone else? Can someone snap and post on purpose? Can someone plan to get caught or steer suspicion in a different direction? What happens on Snapchat or Instagram Stories when images disappear? What if they’re reposted by others? How far does it go and how indelible are the images? What kind of damage can they do? For the novel, social media became a way to foreshadow and drop clues to the mystery. There is a sense that we are always being watched or, on the other hand, desperate to be watched. That lends itself to fictional suspense and conflict.

I wrote the novel before the #MeToo movement but that was a theme because I had experienced sexual harassment in my 20s working in the entertainment industry. Almost every woman, and some men I know, have also suffered the same misfortunes to varying degrees in all different industries. It is a universal problem that ended up being very timely for the novel. My characters confront it and represent my fervent hope that both women and men are changing the future landscape.

I have two kids who are around the ages of the novel’s seasonaires, and I’m very close to them. We talk about life and the challenges of growing up, finding their passions and aiming for goals. They are both very level-headed and pragmatic, far more than I ever was. In creating my characters, I had the opportunity to examine my own challenges growing up: I’m a product of divorce, I battled eating disorders (spending 8 weeks in an in-patient program in my 20s), had unhealthy relationships, and dealt with financial hardships. I often felt like I didn’t belong. I still don’t, even when I seem like I do. These characters are flawed and messy, no matter how “beautiful” or “cool” or “chic” they appear on the surface.

THE SEASONAIRES is a coming-of-age story wrapped in a murder mystery. And really, we never stop coming-of-age.

What People Are Saying About THE SEASONAIRES

The beach read of summer.”—Bustle

“An idyllic summer on Nantucket is shattered by murder in King’s fiery debut.”—Publishers Weekly

“The dream summer idyll turns into an Instastory-fueled nightmare in this thrilling and sexy debut. This is a world where advertising jumps off the billboards and into the boardwalk bars, where it lives and breathes and might buy you a tequila shot or a frozen daiquiri―if you’re lucky―before seducing you for a handful of likes. But underneath the glitter lies a no-filter reality. Equal parts terrifying and titillating, The Seasonaires is no mere beach read. You’ll be rubbing sand out of your eyes long after you reach the valedictory hashtag.”
—Charles Blackstone, author of VINTAGE ATTRACTION

“Timely and dazzling.  With an uncanny knack for understanding and exploding Millennial stereotypes stereotypes, Janna King shows us the consequences of selfish choices―but it sure seems fun before reality steps into this party-filled summer.  With an eclectic cast of characters all up for adventure, The Seasonaires will keep readers guessing until the very last page of this genre-blending novel.  A mashup sure to delight thriller fans from any generation.”
—Erica Wright, author of THE GRANITE MOTH and

On the “Seasonaire” Phenomenon:

“Splashing in the waves, sipping champagne on yachts, having sunset dinner parties right on the beach:

A Seasonaire’s life is like a catalog shoot come to life.”

“What if you could get paid to jet around the world all summer, play polo, and throw parties

on the beach? What mischief did she get up to? Just you wait and see.”

THE SEASONAIRES by Janna King 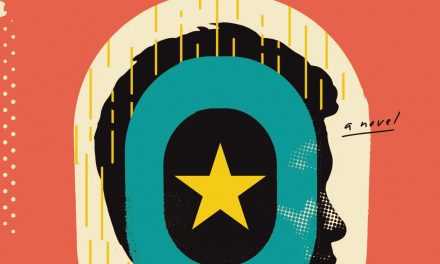 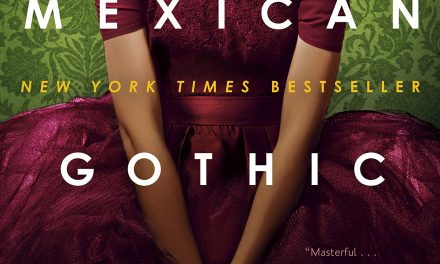