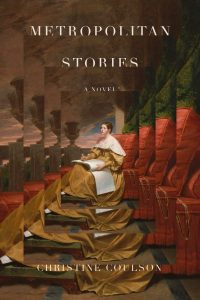 Art lives within the vaulted halls of the Metropolitan Museum of Art in New York, but so do people. From the dusty tunnels of the Rubber Band Man and the Egyptian Expedition to the muses in the Director’s office, the lives and stories of art and people intersect in Christine Coulson’s fanciful Metropolitan Stories.

AUTHORLINK: How did you acquire your intimate knowledge of the Met?

COULSON: I was an intern at The Met in the summer of 1991, between college and graduate school, and the Museum’s behind-the-scenes magic got to me right away. My job was to sort through the correspondence between the great nineteenth-century art collector Louisine Havemeyer and the American Impressionist painter Mary Cassatt. I was reading their original letters, written in their ancient handwriting and folded into small, wax-sealed envelopes. I also gave tours, and even when I just sat at the Information Desk, giving people directions to the bathroom, I knew I was part of something amazing. The Met was where I wanted to be. I had spent a lot of time there as a visitor, but I wanted to be an insider.

“…in every position I held, I was always writing the Met’s story.”

After graduate school, I returned to the Met in my first job, and stayed for the next 25 years, rising through the ranks working in the Development Office, the Director’s Office, and the Department of European Sculpture and Decorative Arts. I am unusual in that I worked in different areas of the Museum, but in every position I held, I was always writing the Met’s story. I was a speechwriter for eight years and a ghostwriter for a lot of projects. I was constantly collaborating with the Met’s 102 curators and digging through the Met’s history to make the Museum’s storytelling work.

I also benefited from starting my career at the Met during a completely analogue period. I often had to hand-deliver paper memos and documents around the Museum which taught me to navigate its four-block-long, two-block-deep, two-million-square-foot building. These errands also put me in direct proximity to some pretty extraordinary people. Metropolitan Stories takes place during that first decade of my tenure.

AUTHORLINK: When you wrote the essay on the Met that ran in the New York Times, did you already have the idea of writing a novel or how did that develop?

COULSON: I thought about this novel for 23 years, but never wrote a single word until the Met gave me a yearlong sabbatical in 2017 to write it. The essay in the New York Times was the catalyst for that sabbatical, and I will always be grateful to Times editor Deborah Needleman for encouraging me to write it. It got a tremendous response, secured me an agent, and gave me the courage to take that year away from the Museum to get the ideas out of my head and on to the page.

AUTHORLINK: What research did you need to do for the book to enhance the knowledge you already had, if any?

COULSON: I didn’t really need research—I lived it. And the beauty of fiction is that you can make up what you don’t know. That said, on this particular topic, I happen to know a lot, so for the most part, I wrote from my own experience. Some particularly juicy details—addresses, names, correspondence—came from the Met’s Archives where I would poke around once I had an idea for a storyline. Just being in contact with those old documents—handwritten phone messages from the 1940s, odd complaint letters from visitors—was inspiring.

In general, I like to write about works of art from memory as that usually brings out what really connects me to them. Then I visit the galleries to make sure I’ve got the visuals right (I somehow always get the scale wrong). There is one part of the book that takes place in the dusty storage tunnels beneath the Met. I hadn’t visited those tunnels for about a decade, so I had to go down there to remind myself of their strange atmosphere. The chapter called “Meats & Cheeses” is the result.

Sometimes I struggled to come up with names. In “Where We Keep the Light,” the chapter about the lampers (guys who change the lightbulbs), all the characters’ names are artists who are in the Met’s collection, but not on view in the galleries. That seemed appropriate for the lampers’ very behind-the scenes role.

AUTHORLINK: How did you come up with some of your ideas such as using a chair’s point of view and building a hidden paper room?

COULSON: Living in a museum every day allows you to see the place differently. You’re there when it’s empty, when all you hear are your own footsteps on the marble floors. That experience encourages an incredible intimacy with the art. You relax. You return to some objects often and start to think about them in a new way. Clearly, my imagination ran wild.

Chapter 2, titled “Chair as Hero” is written from the perspective of an 18th-century French chair in the Wrightsman Galleries. That idea—that objects carry memories and are witnesses to history—completely sums up how I feel about the works of art. They have survived and the people around them have not. We impose stories on these objects, but its worth wondering what the narrative would be from their vantage point. I chose that particular chair because it still has its original upholstery, which is very rare. I imagine the 18th-century dust still clinging to it.

“Sometimes the idea finds itself in the writing. “

The bizarre reality of the Met was also its own spark. Chapter 3, called “Musing,” begins with a real memo about Karl Lagerfeld bringing a muse to a meeting. When I first read that memo in the 1990s, my immediate response was to wonder “What if the Met’s Director showed up toting his own muse?”

Sometimes the idea finds itself in the writing. It is my favorite thing when the story takes over because your imagination wanders into something wonderful (like a hidden paper room). I don’t write with any kind of outline. I draft each chapter like an ink blot, and just let the text spread in any direction. Often that means starting with what will eventually become the ending or the middle—almost never the beginning. That technique may come from speechwriting where you tend to start with an ending and build a path to get there.

AUTHORLINK: Do you see any relationship between your story and Donna Tartt’s The Goldfinch?

Some of your characters feel special connections to some of the art in the Met. Did certain pieces especially speak to you? How would you describe that?

COULSON: I loved The Goldfinch, but I’m not sure that book is really about the Met or that painting. Those things are catalysts, sites of memory and talismans of loss, in a much larger narrative about a desperate kind of longing.

I write about a different kind of intimacy. The book describes two collections: the art, which I sometimes give human characteristics, and the staff of 2,200 people, who I treat as exquisite works of art in their own right. I wanted to capture the feeling of interdependency the staff has with those objects. The opening lines describe that persistent theme: we think we are protecting and saving the works of art, but they are really protecting and saving us.

The objects I included in the book are certainly not the “masterpieces” of the Met. They are the things that I return to again and again—for solace, for inspiration, for the pleasure that can be found in beauty. It’s a very peculiar list, but those are the works of art that speak to me. A character like security guard Henry Radish has a very intense connection to the art that I hope hints at what it is like to live with those objects, to know them like friends—with all the complexity that that implies.

” My book is about the Met, but it is also about the world of the imagination.”

AUTHORLINK: What do you hope your book will leave your readers with besides the enjoyment of a fun story?

COULSON: My book is about the Met, but it is also about the world of the imagination. I hope it gives readers another way to approach museums. Museum can be very intimidating. There is a sense that everyone knows what they’re doing but you. My message: Relax. Forget about what you don’t know. Trust your own instincts and find an object that speaks to you. Then spend some time with it—15 minutes—looking at it, asking questions of it, wondering about the decisions that the artist made to create it. What story might that object tell? Then leave. The most important part is to leave before you get overwhelmed.

I hope my book gets people to stop trying to conquer museums and to start just enjoying them on a very human level. The collapse of time that takes place in the Met’s galleries can be incredibly comforting.

COULSON: I left the Met in April to commit to writing fulltime, specifically another novel which started stewing in my head about 18 months ago. Hopefully this one will not have a 23-year cooking time. I am in the galleries often these days working on the next book. So not much has changed, except that I am writing in my own voice now. The Met will always be home.

About the Author: Metropolitan Stories is Christine Coulson’s first novel.

Javier Sierra Seeks Answers to the Mysterious: Are There Angels Among Us? 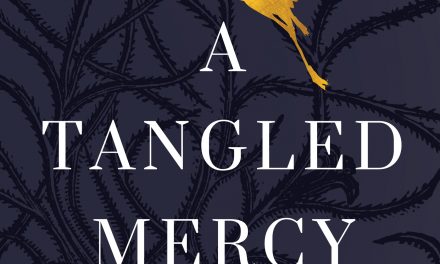 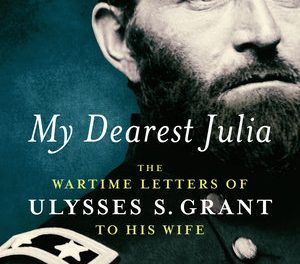 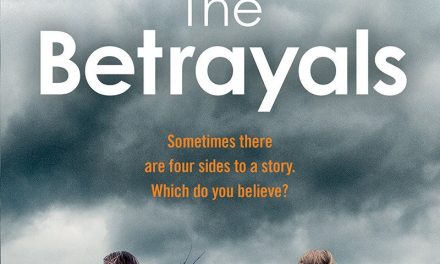