Met Her Match by Jude Deveraux, Her Best Yet 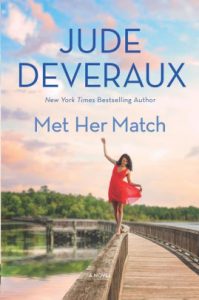 In small towns, no one lets the facts get in the way of juicy gossip.

Bestselling author Jude Deveraux is at her best in her latest book, MET HER MATCH. Terri Rayburn is a girl with a reputation. She doesn’t deserve it, but having grown up on the outskirts of Summer Hill, Virginia, she knows how small towns work. The only way to deal with vicious gossip is to ignore it. So she keeps to herself as she runs the summer resort on Lake Kissel.

When she returns home from a short trip to find a handsome stranger living in her house, she smells a rat. Someone is trying to fix her up, and she has to admit that Nate Taggert is just her type. However, Nate is engaged to the daughter of the mayor and strictly off-limits.

Author Deveraux talked to Authorlink by phone about her new book and also about her long and successful career as the author of 43 bestselling titles and some 60 million copies in print.

In MET HER MATCH, Nate and Terri form an unlikely friendship while he throws himself into life at the lake. As Nate starts to hear rumors about Terri, he’s confused. Knowing how smart, beautiful and strong she is, he’s determined to discover the source of the gossip. Terri doesn’t want to revisit the past, but Nate won’t stop until he discovers the truth—even if the truth might be more than either of them can handle.

Set in the beloved fictional town of Summer Hill, Virginia, Met Her Match examines the tensions between the wealthy townspeople, the summer vacationers and the working-class people who keep the town and resort running. The story is told with humor and heart.

We asked Jude in our AUDIO interview why her stories intriguing to so many readers?  She answers that all of us are looking for that perfect person for us, a theme often repeated in her work. In a world full of anger, these stories offer hope.

Her clear writing style and perfect story arc have earned her praise from Publishers Weekly, Kirkus Reviews and Booklist.

Deveraux’ publishing journey is an extraordinary one. Her very first manuscript was bought by Avon and she has never had an agent until recently. She is now represented by Robert Gottlieb of Trident Media.

Remarkably, Jude hand-writes every word of her books before typing them and frequently rewrites an entire story several times before she feels it is good enough to submit to her editors.  For years she has done much of her own self-promotion. In this audio interview, she shares some of her views about publishing today.

Learn more about the author at judedeveraux.com 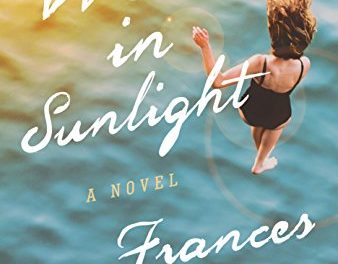 Women In Sunlight Based on Real Characters

Elizabeth Berg Reveals The Inspiration Behind Her Novels