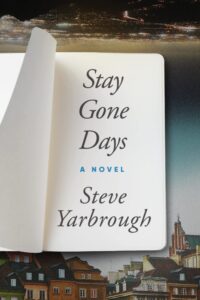 In his latest book, Steve Yarbrough pulls us deep into the psyches of teenage sisters Ella and Caroline Cole as they escape the claustrophobic world of their hometown in Mississippi. Reeling from a family scandal and seeking to discover who they are separate from each other, Ella creates a stable home life in Boston, while Caroline travels the world trying to escape her past and a man intent on violence. The novel masterfully spans nearly a lifetime and brings us to a time and place where the sisters reconnect and reckon with what came before.

Yarbrough, the award-winning author of twelve books, who was an aspiring musician and college football player before he was drawn into writing, shares his insights into the creation of Stay Gone Days and discusses the writing life.

AUTHORLINK: You grew up the son of Mississippi Delta cotton farmers which to some might seem far away from being a heralded writer and professor at Emerson College. How did you find your way to the written word?

“…the one place we [my father and I]could always find common ground was books.”

YARBROUGH: Nobody in my family had much in the way of education. Not only did they not go to college, but nobody graduated from high school. But my father was an indiscriminate reader. And by that, I mean that he might be reading Zane Grey one day and Milton the next day. The only thing that mattered to him was whether he liked it or not. He gave me books from an early age, nine or 10.

We never had a really easy relationship. But the one place we could always find common ground was books. We both loved Larry McMurtry, for instance.

Also, my dad also was an absolute master of a storyteller. During the years I was in grad school if he came to visit he could enthrall my other student friends and even my professors.  He could hold you in the palm of his hand with a story. He couldn’t write one, but he could tell one.

AUTHORLINK: Did it feel like a bold choice to pursue writing and become a professor?

YARBROUGH: Did it feel like I was taking a huge risk? I tell my students that I didn’t feel like I had any choice. And that’s a good place to be. In other words, I couldn’t do anything else really well. I thought I could do this really well, if I applied myself, and I just couldn’t imagine any other life for myself.

AUTHORLINK: Was there anyone who was a mentor to you, whose advice still rings in your ears?

“‘ I’m here to tell you if you want to be a writer you can do it.'”–Evans Harrington

YARBROUGH: One was a man named Evans Harrington, who was chairman of the English department at Ole Miss . . . in the only creative writing class I took as an undergrad, after my story didn’t go over very well, he asked me to stay after class and he said the story doesn’t do something that every story should. He pointed at one wall and said you need to take a character from here and then he pointed to the other wall and said to over yonder. Your story is static, but I’m here to tell you if you want to be a writer you can do it. He paid bitterly for saying that to me because about once a week I would go to his office and ask him how he could tell. He said you have a really good eye for detail, you write good dialogue. Your characters aren’t generic. There will always be something about them that feels quirky or strange, and strange is a good thing in fiction.

AUTHORLINK: James Dickey said the idea for Deliverance came to him as a vision of a man standing alone on top of a mountain. His job was to get the man off the mountain. Where did the idea for Stay Gone Days come from?

YARBROUGH: I was in Poland in 1992 and wrote a short story called “Stay Gone Days.” It’s in my second book of stories. The only thing that is in common with this novel is the title, and the fact that there’s a crime committed at a country store. Nothing else is remotely similar. But I always loved the title.

Where did the idea come from? I have two daughters, now in their mid-30s. My wife is one of a pair of sisters too. I have just spent a great deal of my life around sisters. Both my daughters and my wife and her sister, if you saw either pair together, or if you watch them and listen to them talk you would never ever figure that they share the same genes. They’re just as different as they can possibly be. They even look different.

I started thinking okay, what if something really difficult came between my daughters? What if they lost touch with each other? These characters are not based on my daughters at all. That just became a jumping off place. What if something bad happened in their childhood and they get separated? What brings them back together?

AUTHORLINK: There is a lot of discussion these days about writing characters who are not like ourselves. Tell me how you approached telling the story of two estranged sisters and how you did it with such ease.

“I’ve written a lot from the point of view of women, and that might seem odd…”

YARBROUGH: I’ve written a lot from the point of view of women, and that might seem odd given the fact that I spent so much time in football locker rooms when I was a young man. But when I was very small, I was sick a lot. I had asthma. I got a bad infection when I was six years old and came very close to dying. We lived in an agricultural environment where they were spraying DDT all over the place. I was kept inside the house. I couldn’t go outside for the first few years of my life. My mother and my grandmother were at home with me.  Women from the community came over to sit with them, and talk in the afternoons. They would all get together and shell butter beans. They would watch soap operas and talk about the characters. I grew up just really comfortable around women. With the exception of a few close male friends, all of my closest friends have always been women. If I were a little bit younger and growing up now, some of the current debates and theorizing might make me less inclined to do it, but I’ve been doing it so long that I’m pretty confident that I can pull that off.

AUTHORLINK: The title is so evocative and comes from Caroline’s voice as she thinks of skipping school. How did you come up with it and how does the title capture the book’s themes?

YARBROUGH: It operates on two levels, one of which is the most literal. She slipped away from school, just as I did myself with friends. We had a teacher who let us just walk out. She would always say, ‘Y’all don’t stay gone today.” Most days, we’d go back, but every now and then we’d look at each other and say, ‘I think it’s gonna be a stay gone day.’ We just wouldn’t go back and we were football players and nobody did anything to us. That’s the literal meaning. Nobody does anything to Caroline until she gets in trouble, because nobody’s really paying much attention to Caroline.

“I get into a zone where a lot of the choices I’m making don’t really feel to me like conscious choices.

And by extension, both of these characters leave home and stay gone until they have to go back. I was really honestly only aware of the first meaning when I was writing the book. It’s only after finishing it and thinking about it that I saw the other. That might seem crazy because it’s pretty obvious. But I get into a zone where a lot of the choices I’m making don’t really feel to me like conscious choices. Like, the story is dictating its own movement, and it’s taken me a long time to get to the point where I’m confident in letting the story do that.

AUTHORLINK: What was the greatest challenge when writing Stay Gone Days and how did you overcome it?

YARBROUGH: I believe it’s the third section in the book after Martin and Ella are already married. My initial version of the novel from that point on, I had a particular vision for how it was going to go. There’s a space of about 150 pages where when my wife read the book she said everything involving Caroline seems right. Everything involving Ella, with a couple of exceptions, feels to me forced and not true.

“…I had to do a lot of rewriting of the sections…”

I rewrote a lot. The last 75 pages of the novel are exactly like my initial version, but I had to do a lot of rewriting of the sections after she got married.

Here is one major thing that I can tell you. Initially, she never saw her mother again. That was a big rewrite decision, and I think it was absolutely necessary to bring her mother onto the page.

There’s almost always one thing that’s just not quite right, and I’m fortunate that I’m married to a really fine writer.

YARBROUGH: I started a novel right around Christmas. It’s kind of difficult for me and I wrote about 55 pages and then I had to do my book tour and then we went to Europe for the summer. . . I just always get that start on it and we leave for the summer. I don’t look at it again until I get back. We just got back a little over a week ago and I’m gonna get back into it in early September. It’s got a contemporary setting. It’s partly dealing with, you know, stuff that’s happened over the last three or four years. I haven’t yet fallen in love with any of the characters. That’s all I want to do. I want to feel that deeply about the characters. That’s the only place I’m going to get my best work.

Steve Yarbrough is the author of twelve books, most recently the novel Stay Gone Days.  His other books are the nonfiction title Bookmarked: Larry McMurtry’s The Last Picture Show, the novels The Unmade World, The Realm of Last Chances, Safe from the Neighbors, The End of California, Prisoners of War, Visible Spirits and The Oxygen Man, and the short story collections Veneer, Mississippi History and Family Men.

His work has been published in several foreign languages, including Dutch, Italian, Japanese and Polish, and it has also appeared in Ireland, Canada, and the U.K.  He is the recipient of numerous awards, including the Mississippi Institute of Arts and Letters Award for Fiction, the California Book Award, the Richard Wright Award and the Robert Penn Warren Award. He has been a finalist for the PEN/Faulkner Award and is a member of the Fellowship of Southern Writers. The Unmade World won the 2019 Massachusetts Book Award for Fiction. Steve is currently a professor in the Department of Writing, Literature and Publishing at Emerson College.

Noah Lukeman’s A Dash of Style: The Art and Mastery of Punctuation

Creating Pictures In The Mind: Nan A. Talese 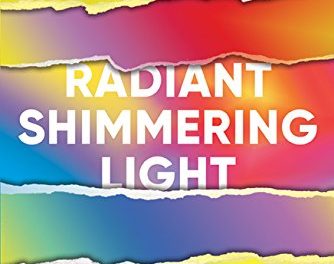