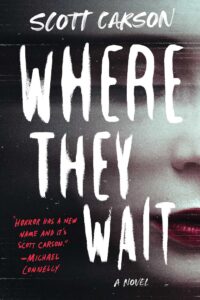 “Where They Wait is so readable you’ll be a couple of hundred pages in before you realize you’re
terrified…and then you can’t put it down. Mesmerizing.” —Stephen King

From Scott Carson, the New York Times bestselling author of the “grips from the first page” (Stephen King) thriller The Chill, comes WHERE THEY WAIT (Atria/Emily Bestler Books, 10/26/21), a new supernatural novel about a sinister mindfulness app with fatal consequences.

Authorlink talks with Scott, whose real name is Michael Koryta (pronounced Ko-ree-ta), about his latest novel, and about how he develops his stories.

In WHERE THEY WAIT, recently laid-off from his newspaper and desperate for work, war correspondent Nick Bishop takes a humbling job: writing a profile of a new mindfulness app called Clarity. It’s easy money, and a chance to return to his hometown for his first visit in years. The app itself seems like a retread of old ideas—relaxing white noise and guided meditations. But then there are the “Sleep Songs.” A woman’s hauntingly beautiful voice sings a ballad that is anything but soothing—it’s disturbing, really, more of a warning than a relaxation—but it works. Deep, refreshing sleep follows. So do nightmares.

Vivid and chilling, they feature a dead woman who calls Nick by name and whispers guidance—or are they threats? And soon her voice follows him long after the song is done. As the effects of the nightmares begin to permeate his waking life, Nick makes a terrifying discovery: no one involved with Clarity has any interest in his article. Their interest is in him.

An atmospheric and haunting thriller perfect for our times, Where They Wait proves that “horror has a new name and it’s Scott Carson” (Michael Connelly, #1 New York Times bestselling author).

ABOUT THE AUTHOR: Scott Carson is the pen name for New York Times bestselling author and
screenwriter, Michael Koryta (pronounced Ko-ree-ta).  He lives in New England—just above a dam.

“Where They Wait hums with creeping dread and mounting horror. It’s smart and scary, and the final act is like that last downhill plunge on a rollercoaster—terrifying, exhilarating, and unforgettable. I loved every page.” —Richard Chizmar, New York Times bestselling author of Gwendy’s Button Box

“Past horrors echo, at volume eleven, into our terrifyingly plausible near future in Scott Carson’s twisty and
riveting Where They Wait. A taut, creepy techno-chiller that will leave you hearing ghosts.” —Paul Tremblay, author of A Head Full of Ghosts and Survivor Song

PRAISE FOR THE CHILL

“Wow! This is one terrific horror/suspense/disaster novel. Characters you root for and a story that grips from the first page.” —Stephen King, #1 New York Times bestselling author of The Institute

“The Chill features a clever and chilling premise, and Scott Carson delivers on the promise of it with swift clear prose, well-defined characters, and terrific suspense. This is a must-read for fans of eerie, gripping storytelling.” —Dean Koontz, #1 New York Times bestselling author of The Night Window

“Horror has a new name and it’s Scott Carson. The Chill is an eerie dive into the murky depths of the supernatural. A story that has you looking back over your shoulder on every page.” —Michael Connelly, #1 New York Times bestselling author of The Night Fire

“The year’s best spine-tingler is already here. The Chill is a good old-fashioned ghost story, meticulously researched and brilliantly executed. If you’ve ever wished for a cross between ‘Chinatown’ and ‘The Fog,’ Scott Carson has answered your dark prayers…” —John Connolly, internationally bestselling author of The Book of Bones

“Scott Carson’s The Chill may be the perfect thriller. Great characters. Creeping dread and explosive
reveals. Pacing that never lets up. Maybe some of the best conversation with the dead since Stephen
King’s The Shining.” —Alma Katsu, author of The Deep and The Hunger

“Scott Carson’s The Chill is a hold-your-breath horror thriller, full of mounting dread. Carson weaves
classic chills and nuanced characters into a story both compelling and creepy as hell. Don’t miss it!”
—Christopher Golden, New York Times bestselling author of Ararat and Snowblind

“Part old-fashioned horror story, part supernatural thriller, The Chill is a breathtaking story of justice—
and revenge. Once I started this book I couldn’t put it down. Prepare to be chilled.” —Rene Denfeld, bestselling author of The Butterfly Girl and The Child Finder

“Scott Carson has written a spooky, thrilling, and genuinely moving tale of righteous obsession from
beyond the grave, with a setting and characters that leap off the page. If you like Stephen King or Joe
Hill, you must read Scott Carson.” —Nick Petrie, nationally bestselling author of The Wild One

“The result is a fast-paced, frenzied tale of survival against both natural and supernatural forces that
will leave you gasping for air.” —BookPage (starred review)

“The tension of the novel is masterful . . . as the past hauntingly plays with the present.” —Booklist

“Based on the true history of a drowned town . . . this novel provides an alluring mix of truth and ghost
story which will draw interest and keep readers hooked.” —Library Journal

Ron Rash Explores Time in Nothing Gold Can Stay 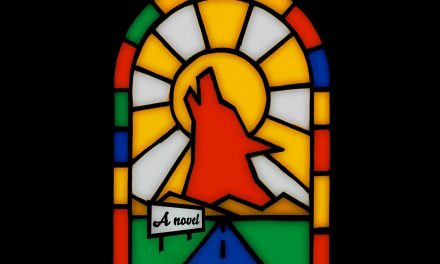