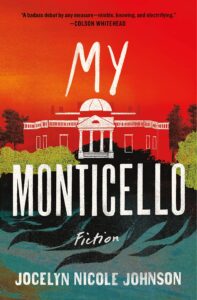 In six stories in her debut collection Johnson studies racism, belonging, a sense of home. In “Control Negro” a college professor uses his own son to determine if a Black child who was nearly perfect would still be perceived as flawed by white America. “Buying a House ahead of the Apocalypse” centers on a single mother who seeks belonging through the promise of a home of her own. A Nigerian widower tries to fit his family into life in Virginia in “The King of Xandria.” Included is the novella, “My Monticello” which takes place as gangs of white supremacists attack Charlotte, Virginia in the near future, destroying homes in predominantly Black neighborhoods and forcing the residents to flee for their lives. One group seeks refuge at Monticello, led by Da’Naisha, a young woman who is descended from Thomas Jefferson and Sally Hemings.

AUTHORLINK: How do you get your ideas for your stories? Can you give examples of how the stories in your book originated?

JOHNSON: Sure! These stories are my reactions to recent events in my home state of Virginia, from public spectacles to smaller more intimate moments. For example, the inaugural story, “Control Negro,” was inspired by an incident in 2015 when a black honor student at the University of Virginia was bloodied by uniformed officers on a crowded strip facing campus. Several other stories, including “Something Sweet on Our Tongues,” began with moments heard, felt, or imagined during my twenty years as a public school art teacher.

AUTHORLINK: The last story in your book, and the one that gives the book its title, My Monticello, is much longer than the others. I’d be especially interested in how that story came about. You seem to have an intimate knowledge of Monticello. How did you learn the details?

JOHNSON: I wrote “My Monticello” in reaction to the deadly Unite the Right rally which took place in Charlottesville, Virginia in August of 2017. The epicenter of that protest, which featured guns, torches, Confederate banners, and chants like “Into the ovens”, took place about half a mile from my front door. The rally’s long lead up and its violent conclusion led me to learn more about the history of local black communities, going all the way back to the time of the founding fathers. In Charlottesville, that means Thomas Jefferson, whose plantation home, Monticello, is a ten-minute drive from my home. In the summer of 2018, I went to a creators’ panel about an alternative opera sung in the imagined voice of Sally Hemings, an enslaved black woman with whom Jefferson had children. At the end of the talk a local woman stood up and was introduced as a descendant of Jefferson and Hemings. Her presence sparked my fictional story of refuge and reclamation. While writing, I visited Monticello many times, and read Jefferson’s own book, Notes on the State of Virginia, which was published in the 1780s.

AUTHORLINK: When you started writing “My Monticello” did you know how it would end?

JOHNSON: My original draft of My Monticello was much shorter. Over time I added details to the middle, fleshed out characters, and filled in details of survival, but the ending (and the beginning) have remained pretty much the same.

AUTHORLINK: Is there an overriding theme for the stories that carries through the book?

“Questions of belonging, home, and longing weave together the stories in My Monticello.”

JOHNSON: Questions of belonging, home, and longing weave together the stories in My Monticello. Within these fictions, I explore my complicated, sometimes contradictory relationship with the concept of home.

AUTHORLINK: What do you think is different about the technique of writing a short story like the first five in your book and a long one of almost 150 pages like “My Monticello and a full-length novel?

JOHNSON: In one sense, the length of the story doesn’t matter much. All stories come in parts (scenes, sections, chapters) and those parts have different shapes. But in another sense, writers and readers bring different expectations to a short story versus a novella or novel. In short stories, we might look for compression or greater attention to sentences, where, in a novel, we might expect a different kind of scale or a more complete resolution. I often approach longer work with the sensibility of a short story writer, looking for places where brevity and compression might create interest or power.

AUTHORLINK: How did you feel about your first story in this book, “Control Negro,” being featured in Best American Short Stories 2018 and having it read live by LeVar Burton?

JOHNSON: Umm, fabulous!! LeVar Burton’s live reading is amazing—and has been memorialized in the audiobook! Being featured in Best American was life-changing. “Control Negro’s” publication there gave me the confidence, and a tiny bit of clout, to barrel forward with the bigger project of My Monticello.

AUTHORLINK: What do you hope people gain from reading your stories besides just enjoying the experience?

“…I hope My Monticello makes a case for reflection…”

JOHNSON: First and foremost, I’m excited and humbled by any reader who chooses to spend time with these characters and their predicaments. Beyond that, I hope these stories decenter the insider, and center the outsider, with the same reader potentially feeling like an insider and an outsider at different moments of reading. Finally, I hope My Monticello makes a case for reflection, cessation of harm, and repair, and highlights how we are inextricably connected.

JOHNSON: I am working on a story, several essays, and longer work! Thank you for featuring me and my work!

About the Author:  Jocelyn Nicole Johnson’s debut is a Washington Post Notable work of fiction, a Kirkus Best Fiction of 2021 selection and a selection for many other best lists. Her short stories have been featured in publications such as Guernica, The Guardian, Kweli and Joyland. She has been a fellow at Hedgebrook, Tin House Summer Workshops and VCCA. 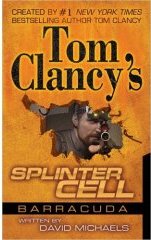 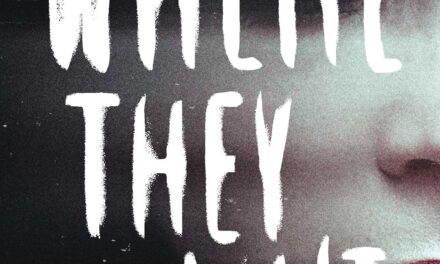