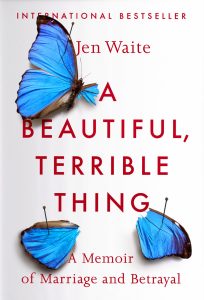 Madly in love, enjoying marriage and new motherhood, Jen Waite was eager to dismiss the nagging suspicion that her husband was having an affair after finding a disturbing email on their home computer. With the intent to prove herself wrong, Jen went into investigation mode, but to her shock and horror, discovered a more complicated tangle of lies, infidelity, and betrayal than she could have ever imagined. She was forced to confront the fact that her husband—the father of her infant daughter, her best friend, the love of her life—fit the textbook definition of a psychopath. And it was up to her to find a safe way out for herself—and for her daughter.

In this Authorlink AUDIO interview, Jen talks about her raw and heart-wrenching memoir, A BEAUTIFUL, TERRIBLE THING (Plume; June 5, 2018; paperback).

She discusses what it feels like to live with psychopathy in real life, the signs and symptoms of the disorder, and how antisocial personality disorder (aka psychopathy or sociopathy) is diagnosed? A key feature of the disorder is a person’s uncanny ability to lie and manipulate people and situations to their favor, leaving families and loved ones confused.

Jen thinks the #MeToo movement has helped women to be more careful about entering or sustaining relationships with abusive men.

She found the process of writing about such painful experiences cathartic. But she may never have written the book without the encouragement of her family and friends. In addition, her agent Myrsini Stephanides at Carol Mann Agency and her editor–who wishes to remain unnamed at Plume–provided exceptional support in bringing the work to the public.

Waite’s book offers readers a first-hand, intimate look at one woman’s harrowing, painful, and ultimately redemptive story. With a dual timeline narrative, Waite shifts between the before and after: she recalls meeting Marco, their passionate romance and early years of happy marriage—and then five years later, reveals the terrifying unraveling of her marriage and the life she had built with her husband. This is a powerful account of the courage it took to break away from an emotionally traumatizing and abusive relationship and come to terms with a new reality.

After sharing some of her story in blog posts for Today.com and Scary Mommy and subsequently releasing her entire experience in the hardcover edition of the book last summer, Jen has heard from countless readers all over the world who have had their own traumatic relationships and felt A BEAUTIFUL, TERRIBLE THING is a gripping page-turner that reads like a psychological thriller, but is utterly, devastatingly true.

About the Author:
Jen Waite lives in Maine with her young daughter. Learn more at:  www.jenwaite.com

Praise for A BEAUTIFUL, TERRIBLE THING:

“Heartbreaking and riveting.” —Bustle “A powerful memoir.” —New York Post
“Waite has a knack for showing the ways that cognitive dissonance can chart pathways in the mind that cause
emotional confusion to obscure rational thought.” —Meghan Daum, New York Times Book Review
“[Waite’s] memoir is a great source of strength.” —Hello Giggles
“A well-written and at times gripping story of deceit.” —Publishers Weekly 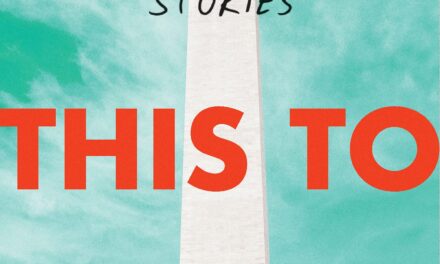