The Truly Devious series unfurled two mysteries—past and present. The Vanishing Stair offered up many clues while posing new questions. Now, all will be revealed and answered in the series finale, THE HAND IN THE WALL, which Katherine Tegen Books/HarperCollins published on January 21, 2020. The time-hopping YA mystery series centers on Stevie Bell, a true crime-obsessed, fledging detective who studies the murders that took place at her elite boarding school, the Ellingham Academy in Vermont.

In this Authorlink audio conversation with Johnson,  she reveals her creative process. Maureen admits that as she worked out the convoluted puzzles of her stories she did some “internal screaming.” She used lots of sticky notes, spreadsheets, solution files and more. Now, in this intricately woven, fast-paced finale, all is revealed from clues that were hidden in books one and two. Maureen suggests that for a richer experience and to play along with the game of solving the mystery, fans might want to re-read the first two stories before diving into the third one.  Maureen also talks with Authorlink about a writer’s relationship to writing, why she writes, and how she got her first break.

“Throughout THE HAND ON THE WALL, this intricately woven, fast-paced whodunit, Johnson demonstrates how proximity to wealth and power can mold and bend one’s behavior, whether with good or―here largely―devious intent. The brainy secondary characters’ quirky talents and interests complement Stevie’s sleuthing skills; . . . they include diversity in socioeconomic background, mental health challenges, physical disability, and sexual orientation. A richly satisfying, Poirot-like ending for Johnson’s inspired and inspiring teen sleuth,” said Kirkus Reviews in a starred rating.

Maureen Johnson, author of THE HAND ON THE WALL, the final chapter in the Truly Devious trilogy.

In a four-star review, USA Today said, “Remember the first time reading Harry Potter and knowing it was special? There’s that same sense of magic in the introduction of teen Sherlock-in-training Stevie Bell.”

The Chicago Tribune wrote that it “adds a modern flair to that delicious classic mystery novel-reading experience in which every passage seems rife with potential suspects and clues.” Other reviewers called the books “marvelous” (Buffalo News), “absorbing and thrilling” (Hypable), “deliciously atmospheric” (Publishers Weekly), and many more adjectives of high
praise.
In THE HAND ON THE WALL, Stevie solves the greatest mystery of all: the identity of Truly Devious, the
shadowy figure who kidnapped wealthy industrialist Albert Ellingham’s family back in 1936. Stevie is sure
that somehow everything connects: the three deaths in the past, the deaths in the present, the long-missing
Alice Ellingham, and the now-missing David Eastman, her boyfriend. When another accident occurs as a
massive storm heads toward the Green Mountain State, Ellingham Academy is evacuated. Obviously, it’s
time for Stevie to do something stupid. Like remain on the mountain and face the storm—and a murderer.

“The Agatha Christie-like ecosystem pairs with lacerating contemporary wit, and alternating past and present
scenes makes for a multilayered, modern detective story.” —New York Times Book Review
“An intricately plotted, compulsively readable novel that explores not only fascinating crimes but also the

mysteries of anxiety, the creative process, contemporary fame, and so much else.”
— John Green, author of The Fault in Our Stars and Turtles All the Way Down
“Truly Devious is filled with twists and turns—plus Maureen Johnson is very, very funny.”

“This read is perfect for those who enjoy twisty, turny plots and a high-stakes mystery.”

⋆ “Jumping between past and present, Johnson’s novel is deliciously atmospheric, with a sprawling cast of complex
suspects/potential victims, surprising twists, and a dash of romance. As in her Shades of London books, Johnson

“Johnson deftly twists two mysteries together—Stevie’s investigation is interspersed with case files and
recollections from the Ellington kidnapping—and the result is a suspenseful, attention-grabbing mystery with no
clear solution. The versatile Johnson is no stranger to suspense, and this twisty thriller will leave plenty of readers

“Stevie Bell is a dyed-in-the-wool true-crime buff…a smart, relatable, self-aware protagonist. There is a lot to love
here. The cast is racially diverse and includes teens on various parts of the gender, sexuality, and neurotypical
spectrums. Fans of puzzles, boarding school stories, and true crime will tear through this book and love every

“Agatha Christie meets Riverdale in Maureen Johnson’s latest, which offers two gripping mysteries rolled into
one. Truly Devious adds a modern flair to that delicious classic mystery novel-reading experience in which every

dialogue, page-turning brilliance and a young sleuth just as captivating as Hercule Poirot.”

present, while the chapters on the kidnappings read like a true crime novel.”

— Bulletin of the Center for Children’s Books

“Maureen Johnson’s love and deep knowledge of crime fiction shows through in every scene of the book, and her
heroine, the crime-obsessed, detective-in-the-making Stevie Bell, is someone I will follow everywhere on her quest
to uncover the present and long-ago secrets of Ellingham Academy. What a fantastic start to a wonderful series.”
— Sarah Weinman, author of The Real Lolita and editor of Women Crime Writers: Eight Suspense Novels of

“The story raises more questions than answers, leaving readers hoping Johnson has another entry up her clever

“Maureen Johnson has a totally original mind, a passionate set of moral convictions, an extraordinary sense of
bravery and ridiculousness, and she writes pretty sentences. Read whatever she writes.”

— E. Lockhart, author of We Were Liars and Genuine Fraud

About the Author
Maureen Johnson is the #1 New York Times and USA Today bestselling author of more than a dozen YA novels, including
13 Little Blue Envelopes, Suite Scarlett, and the Shades of London series. Her collaborative books include The Bane
Chronicles and Tales from the Shadowhunter Academy (with Cassandra Clare) and Let It Snow (with John Green and
Lauren Myracle), now a hit feature film on Netflix. She has been a finalist for both an Edgar Award and the Andre
Norton Award, and her books appear frequently on YALSA and state awards lists. She lives in New York City with
her husband and online on Twitter with everyone else (@maureenjohnson).
Visit her website at www.maureenjohnsonbooks.com. 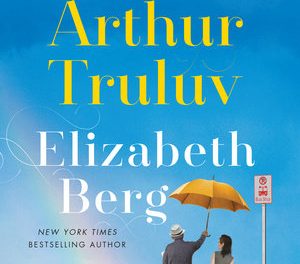