David Ebershoff: What the Classics Teach Writers And Editors Today

An exclusive Authorlink interview with David Ebershoff
Publishing director of The Modern Library, an imprint of Random House

1. In what ways are the modern classics important to writers striving to improve their craft?

The two most important things a writer needs to do to improve his or her craft are to write a lot, and read a lot. Reading the classics is an important step every writer needs to take as he or she refines their skills. It is important to know what precedes him or her as a writer, who has written what. Writers can learn the basics of style and plot and storyline from the classics, even writers whose style is not at all classical.

2. What do the modern classics mean to our society as a whole? How are they significant?

Classics give us a common ground for our culture. Today, of course, so few classics have been read by everybody, yet still many people know there is something fundamentally beneficial in a wide range of people having read the same works. The classics are a reference point for our society.

3. What makes a classic a classic? What are the elements that set it apart from other literature?

When we read a book, classic or new, we all place a test upon the work. We subconsciously think about how much the book stays with us, whether we think of the characters again and again. At the heart of a "classic" is whether it is recalled by people long after it has been read, and whether it goes on to inform future classics. When you read certain books you can identify their predecessors. Melville's work, for example, reflects all that he had read before: Homer, Chuaucer, Shakespeare. A classic educates a lot of people, including future generations of writers.

Fewer people read than 100 years ago, and books and writers impact mass culture less and less. Yet this is a trend that's been lamented practically since the invention of movable type so it's not worth going into here. But during the last century, genres have changed; they've been broken up, mixed, borrowed from. In the 1920's, James Joyce forever changed the novel. Eliot changed poetry. And the whole notion of what non-fiction can accomplish artistically has changed this century. As a result, today's writers have greater freedom than ever before.

Also, many more people are writing, including many more women and people from all sorts of backgrounds. This is very important. You never know from where the next great American novel will come. You never know who will be the next great writer, and from what origins, ethnically, socially, culturally. The wider the range of people writing, the greater the possibility for good books.

5. How has the craft stayed the same? What principles of good writing remain unchanged?

The process of writing remains in many ways the same as it has always been. A writer closes the door, sits down alone, takes the paper and pen or typewriter or computer, concentrates in a disciplined manner, and writes. There is no other way to do it.

The only way to polish one's skills is by reading and writing. One must write a lot of pages to reach the point where a work is publishable. It's part of the process. Many writers had thousands pages behind them before their first book reached the shelves.

6. Of the more than 100 Modern Library titles offered in the new Random House e-book program, what are your top two or three favorites and why?

My favorites always change. I love all of Jane Austen's work, especially Pride and Prejudice, and Sense and Sensibility. I've never met a writer who doesn't adore her. We can all learn a lot from Austen

Another favorite is Theodore Dreiser's Sister Carrie. Though it's more than 100 years old, this rather shocking story of a girl rising and finding a way for herself in Chicago and New York, still appeals to the modern sensibility, and surprises even today's reader.

I also like Lady Chatterley's Lover, because it's a classic tale of illicit love, and it always shocks, even today. D.H. Lawrence is a beautiful writer.

7. What qualities are missing from much of today's contemporary fiction? What are the qualities editors most seek?

My colleagues and I read a lot. We are always interested in stories that are somehow new. This doesn't mean the manuscript must describe a world we've never read about. If the "voice" is original it will feel new, though the story has been told before. What is missing from many works today are "voice", a feeling of authenticity, and a strong story. We see many manuscripts that are good, but not good enough. These works are difficult to decide upon, and it is difficult to articulate the rejection. There may be nothing wrong with a work, but it is simply not good enough. A writer must put his or her heart into it, and that underlying passion must come through.

We often see manuscripts that aren't quite ready to be read by editors. They could stand another rewrite. One common mistake writers make is to begin the book too slowly. There may be a good story at the heart of the work, but the writer has chosen the wrong place to start the story. Sometimes the first 50 pages are not as good as the rest of the book.

A certain level of polish comes from revising. Many writers' first drafts are not refined, but in their revisions and rewrites the manuscripts reach a level of professional polish. When we see a manuscript that is sloppy and perhaps only half- baked we wonder about the author's commitment to the profession of writing.

8. What do the modern classics have to teach editors?

The classics educate editors in the same way they educate writers. Voice and style are what make a book successful. My colleagues and I often read classics along with contemporary writing; we're always thinking about how a new book might fit into the tradition of literature.

The classics help us define "voice". Voice is similar to style. In prose, voice is that element by which you recognize either character or the author, or both. If you close your eyes in room full of people, you can recognize the voices of those you know. In literature, voice is much the same.

9. How did you become publisher of The Modern Library?

I have worked at Random House for five years. The Modern Library always interested me because of my love of the classics. After a few years of working more closely with the collection, I was offered the position.

10. Tell us a little about your background prior to your current post?

I studied English in college, and I have always loved to read. In addition, I have been writing since age 15, and I recently published my first novel, The Danish Girl, with Viking.

11. If you could practice any profession you'd like, what would that be?

12. What do you like most and least about your job?

What I like most is the inexhaustible newness: every day, every week, I am engaged by a new idea, a new book, or a new writer. My job is like a continuation of my education. I read more now than I ever did as a college student.

What I like least is the difficulty of very often saying no to worthy books and projects and writers.

13. What advice do you have to encourage new writers, or those trying to break into big publisher such as Random House that might help them improve their changes of becoming published?

Read as much as possible. Write with the same seriousness you bring to your day job. Make sacrifices for your writing: decline the invitation to go to the movies; use your vacation time for your novel-in-progress; wake up an hour early. It's hard, but ask yourself if it's worth it.

14. What is your vision for the future of e-books? How will this market look three, five, ten years from now?

My vision alas does not go that far into the future, but the great things about e-books are their transportability–100 Modern Library classics in your backpack–and their price. E-books are relatively cheap, and that makes them accessible to more people. Because of these two reasons I expect students to become some of the early adapters.

15. What sort of impact do you expect The Modern Library e-book program to have for the short, medium and long range of bookselling?

I think anytime books can be sold in a greater number of places, it is always good for writing and literature. By their very nature e-books can be sold at a bookstore's website or on a site like Authorlink; this, I believe, will expose more people to the Modern Library's e-books than ever before. And that is what matters to me most: people continuing to look at the classics as vital and important.

Editor's Note: At Random House, David Ebershoff acquires paperback rights for a wide range of both fiction and nonfiction books, with emphasis upon biographies and historical nonfiction. He recently acquired the paperback rights to Salman Rushdie's next four novels, also to be published in hardcover by Random House. David also is a writer. His novel, THE DANISH GIRL, a New York Times Notable Book of 2000, was released by Viking (a Penguin Putnam imprint) last February and will be released in paper next February. His first collection of short stories, THE ROSE CITY, will be published by Viking in May, 2001.

Authorlink is a Random House affiliate site, offering more than 60 Modern Library titles as e-books. This interview may be freely distributed provided it is quoted in full, and attributed to " an exclusive interview by Authorlink (http://www.authorlink.com)." 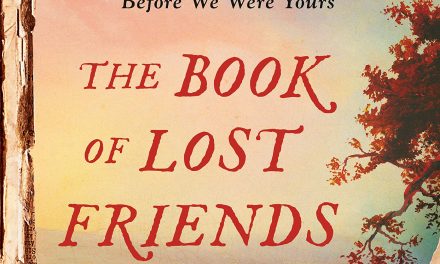 Gwen Ifill’s Remarkable Look at the Future of American Democracy