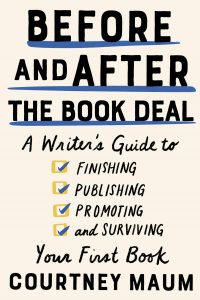 Before and After the Book Deal

The subtitle for this book is A Writer’ Guide to Finishing, Publishing, Promoting, and Surviving Your First Book. Maum includes comments from nearly 200 authors, agents, editors, and others involved in publishing and producing. Some of her contributors even talked about subjects that are generally considered off-limits among writers and agents. She discusses topics such as how valuable an MFA may or may not be, when and where to submit, getting an agent, what is a good advance, how to survive the publication and promotion of your book, and how to meet the challenge of what comes next.

AUTHORLINK: How did you get so many writers, agents, editors, and others to share their advice and stories with you? How long did you work on interviewing and writing?

“…the fact that what we do is hard, people felt motivated to speak to me in a candid manner.

MAUM: I think it helped that I had three published books before this one; I’m sure that people would have been reticent to speak to me if this had been my debut. Also, I’d been doing humor columns about the writing life (and adjacent topics) for many years in Electric Literature, Tin House and Hobart. Regarding people’s willingness to talk to me, they were ready for these conversations. Eager, even. Usually there is such a veneer to everything in publishing, we don’t always speak honestly. A lot of times, we can’t. An agent will be asked at a panel: “What makes a great manuscript?” They sigh. This is a question they get asked over and over that is hard to answer (it’s so personal) and it’s too big of a question. But if you ask that same agent: “This industry is so hard. It’s getting harder. You see a huge range of stuff every day. What can people do better? What are they getting right?” Well, the conversation is different. By acknowledging the challenges and privileges of our industry, the fact that what we do is hard, people felt motivated to speak to me in a candid manner. I wasn’t interested in playing this hashtag grateful game where all we do is talk about how #blessed we are. It’s a tough industry. What we are doing—all of us in the industry, from agents to editorial assistants to copyeditors to writers—is tough. Candidness was key. I interviewed people for a year, but I wrote the book at the same time. I’d interview people in the morning, transcribe their interviews and write in the afternoon.

AUTHORLINK: What did it take to convince your agent/publisher that you had the book that debut authors (and would-be authors) needed?

MAUM: It took me adding the “Before” part to the book. Originally, it was just “After the Book Deal,” but my publishing house rightly wanted a “Before” section to make it a comprehensive resource.

AUTHORLINK: Sometimes it seems that getting published is so unlikely that it’s not worth the effort. Yet, debut books are published all the time and often are on “Best of…” lists along with well-established authors. I’ve been interviewing debut authors for going on 9 years, yet of those the only ones that are among the 189 you interviewed or quoted are Edan Lepucki and Etaf Rum. Just our two lists are a small indication of the numbers of writers that do get published. What do you say to help unpublished writers balance hope and despair?

“…not all books need to be—or even should be—published in the traditional way.”

MAUM: Honestly, what I tell a lot of people is that not all books need to be—or even should be—published in the traditional way. There is a place for guerilla publishing, for self-publishing, for making your own zines—there are a lot of books that find their way to readers off the beaten path, not on it. Publishing with traditional houses is a privilege and it’s super exciting, for sure. But it is hard. It is incredibly competitive. You have to be “on” all the time and good at all the social media stuff in a way that many writers aren’t. You’re going to be really visible. You make one misstep, the Internet might come for you. You are going to have colleagues who aren’t going to like your book, parents who won’t read it, writers you admire who won’t blurb it, you will get bad reviews. Some people are literally not going to be able to withstand the emotional damage to write another book. It can be a very harmful experience, publishing a book. It can be joyful and rewarding and exciting too, of course. But you need to be made of very stiff cloth to hold up against the winds of favor. I self-published a collection of short stories in my twenties and I also have a chapbook. I’m proud of those little books. That was the right form for them, they found their perfect path. Every book has a different destiny and not every book’s destiny is going to be Penguin Random House.

AUTHORLINK: What was writing and publishing your first novel like?

MAUM: It was head-spinning. I’d been working so hard for so long, never getting paid for anything (and also lacking the courage and confidence to ask for compensation), revising and revising and working my tail off on this thing, and then all of a sudden, I had all of this support. Support in terms of resources, talent, publicity, financial support, too. I had a team! I was part of something. Pre-publication was tremendously exciting—I was so lucky, we got incredible press for my first book. What I hadn’t known to expect however is that even with a buzzy book, you usually have 6 weeks max and then everything dies down and you’re meant to go back to your hermit cave and write another book. And that support system you had kind of goes silent while you write. (Or don’t write.) That transition was tough.

AUTHORLINK: What had you written and/or published before that and how did that help?

MAUM: I had a lot of dark humor pieces, a self-published short story collection, a chapbook that had won a prize, I did a lot of reading series, had essays and short stories published, too. I had a lot of published work and that certainly allowed interested agents to experience my voice and, in some cases, see the way that people reacted to my voice (because they could track how a given piece performed online).

AUTHORLINK: What was something that surprised you the most after your first novel sold? What were some new unexpected occurrences after later books?

“…it means you write because you believe in what you are writing, …”

MAUM: Definitely the most surprising thing was that it was just as hard as ever to write! Maybe even harder because I had set an expectation. And I had a contract—my second novel was sold on a partial (this means a few chapters) and I had a year to deliver it. My agent told me a year was simply not enough time to write a book, but I was feeling cocky. But my agent was right. I actually ended up entering a depression and missing my book deadline. Life doesn’t stop just because you are a novelist, you know? Your friendships sour, loved ones get sick, in my case, I lost a pregnancy—stuff happens, and you need to learn how to write anyway. And then—this is the tough thing—you hope this thing you wrote will sell. The marketability question is a gruesome one. It’s been a tough four years. There is so much instability on an international scale, politically, environmentally, in health, you name it, that it has pretty much become impossible to forecast how any given book will do. That is hard to accept. But it’s kind of beautiful, because it means you write because you believe in what you are writing, not because you think your book will sell.

MAUM: I’m working on completing an essay for Halimah Marcus’s forthcoming anthology Horse Girls and I’m gearing up for a major revision on a memoir I have a first draft of. I’m also continuing to send out my newsletter “Get Published, Stay Published.” It’s free and it has writing and publishing tips, and creativity-during-COVID tips, too. People can sign up via CourtneyMaum.com if they are interested!

About the Author: Courtney Maum is the author of three novels, Costalegre, Touch, and I Am Having So Much Fun Here Without You. She has also authored a chapbook, Notes from Mexico, and numerous works in publications such as The New York Times, O, The Oprah Magazine and BuzzFeed. She also founded a learning cooperative called The Cabins and works as a publishing consultant and product namer. She lives in Connecticut. 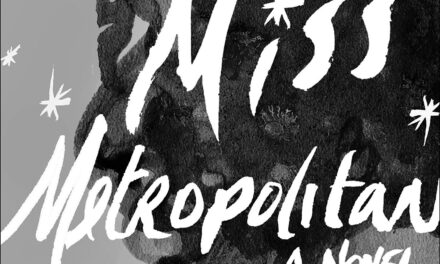 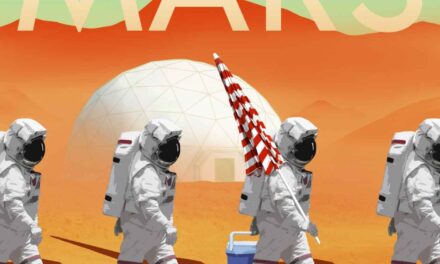 Laurie Fox’sThe Lost Girls: A Love Letter to the Imagination