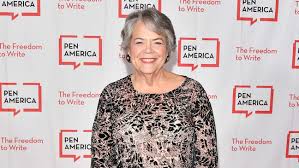 Simon & Schuster CEO Carolyn Reidy, a primal force in publishing, died Tuesday morning, May 12 at age 71 from a heart attack. Her passing was announced by Dennis Eulau, the company’s chief operating officer and chief financial officer.

“Carolyn was both an exemplary leader and a supremely talented and visionary publishing executive,” Eulau said in a statement about Reidy, who joined Simon & Schuster in 1992 and had served as CEO since 2008. “As a publisher and a leader, Carolyn pushed us to stretch to do just that little bit more; to do our best and then some for our authors, in whose service she came to work each day with an unbridled and infectious enthusiasm and great humor.”

Reidy was known for her warm and candid manner, for sending handwritten letters to authors and for her alertness to the bottom line.

Prior to joining S&S, she was president and publisher of Avon, after having worked at William Morrow and Random House, where she was publisher of Vintage Books and associate publisher of the Random House imprint. She began her publishing career in 1974 in the subsidiary rights department of Random House. In 2017, she was named the industry’s Person of the Year by the trade publication Publisher Weekly, which cited her leadership “through the Great Recession, publishing’s digital disruption, and a slow-growth sales environment all while keeping Simon & Schuster a commercial and critical success.”

On May 12,  PEN America  mournsed Reidy’s passing in a statment by author Jennifer Egan:
“PEN America joins the entire literary community in mourning the incalculable loss of Carolyn Reidy, a primal force in publishing and a longtime supporter of our organization—both in her capacity as Simon & Schuster CEO and personally—as well as a revered and beloved champion of writers. Carolyn was a literary giant, a leader who artfully navigated the upheavals of publishing to amplify a wide range of voices reflective of our lived world. Curious, kind, and ever approachable, she was that rare publisher who would send a handwritten letter to a writer, praising her most recent book. Carolyn believed in every story she touched, and ushered our works into the wider world with passion, care, and decades of expertise…”
Reidy’s death comes only months after  ViacomCBS announced on March 4 that Simon & Schuster is up for sale.  The company has been the powerhouse behind best-selling authors like Stephen King, Ursula K. Le Guin and Judy Blume. Robert M. Bakish, ViacomCBS  chief executive, wrote in a memo to employees that, after a “strategic review,” the book publisher was no longer essential to its business and that it would seek a buyer once the market stabilizes.
Other recent losses at S&S have been the passing of one of Simon & Schuster’s most celebrated editors, Alice Mayhew, and the death of longtime Simon & Schuster author Mary Higgins Clark.
Reidy is survived by by her husband, Stephen K. Reidy; siblings David Kroll, Kathleen Todd and Ruth Tolles, and many nieces, nephews and grandnieces and grandnephews.