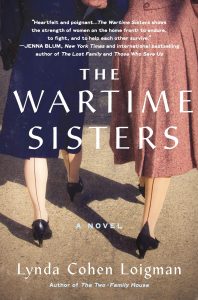 Lynda Cohen Loigman was taking her first creative writing class at the Writing Institute at Sarah Lawrence College when she discovered the power of having a writing community to better her work. “It was simple. By reading our work out loud, we could see people’s immediate reactions and what held people’s attention. It was a very practical way to learn,” said Loigman.

While she was taking classes there, Loigman wrote her first novel, The Two-Family House, which was chosen by Goodreads as the best book of the month for March 2016 and a nominee for the Goodreads 2016 Choice Awards in Historical Fiction.

Her second novel, The Wartime Sisters, deals with two estranged sisters, the secrets that drive them and their transition from life in Brooklyn to life at the Springfield Armory in the early days of WWII. Ruth lives the life of an officer’s wife, while her sister Millie arrives as a war widow and takes a position in the Armory factories as a “soldier of production.”

Resentment festers between the two, and secrets are shattered when a mysterious figure from the past reemerges in their lives.

“I used to think that a good first line was the most important part of a novel, but once I started writing, I realized how naive that was. The characters are the most important element for me, and I really need to understand them and to feel them in my gut. Developing characters takes a lot of time, so the thinking part of storytelling takes as much time for me as the writing part,” said Loigman.

The Wartime Sisters was inspired by her mother’s experiences moving to a new area and Loigman’s curiosity about family dynamics and the way childhood roles impact us as adults. “I wanted to explore the question of whether or not we can ever escape the roles we are assigned as children in our families,” she noted.

“I’m a big fan of unlikable traits in characters…”

In the novel, Ruth is the caretaker, while Millie is the pretty but flighty younger sister. Each feels constrained by the role she plays, and the distance between them widens. They are forced to confront one another when lies and secrets are revealed.

“I’m a big fan of unlikable traits in characters. Some readers want a brave, plucky heroine with only minor flaws, but real people are usually much more complicated. In families, we often save our worst selves for the people who love us the most,” said Loigman. “It is important to me to write about people who sometimes behave badly, but who can grow and be forgiven. That is where the story and the drama are for me.”

The book is told from the alternating points of view of Ruth, Millie, Lillian (the wife of the base commander), and Arietta (a singer who works in the cafeteria). “I felt like this structure allowed me to dig deeply into the individual characters and to present their thoughts and feelings in a meaningful way. It is my hope to develop empathy in the reader for each of the characters. I want my readers to constantly be switching teams as they learn more about each character’s motivation, to think at first that one is right, and then, later that another is right,” said Loigman.

She intended to do only a little bit of research about the Springfield Armory, but came across a treasure trove of information, which made her want to set the book there. Much of the Armory is now the campus of Springfield Technical Community College. The Armory Museum is housed in the old arsenal building there. While researching, she found oral history interviews with people of different backgrounds who lived and worked at the Armory during WWII, including the wife of a Commanding Officer and an eighteen-year-old single mother who worked making triggers.

Loigman wrote the first draft in a year. Her editor loved the sections set in Brooklyn and wanted her to develop the conflicts that started in the sisters’ earlier days. To do this she went through the book and wrote a line summary of what happened in each chapter to figure out where to insert the Brooklyn scenes and flashbacks. She also worked hard to slowly reveal the secrets at the center of the story.

“I didn’t want to wrap it up too neatly…”

In addition to higher drama and higher stakes, her editor wanted the character of Millie’s husband Lenny to be a bit more sympathetic at the start of the story.

Loigman’s greatest challenge was figuring out how to end the book. “I didn’t want to wrap it up too neatly. I kept it a little vague because although I think these characters reconcile, there will still be bumpy times ahead for them.”

With two books published, Loigman recalled how long it took her to begin thinking of herself as a writer. “It is really important to have a community of writers and to try to think of yourself as a writer. Don’t be intimidated. If you don’t take your writing seriously, it will be impossible for others to,” said Loigman.

She is currently at work on her next novel, a story of three immigrants set in the North End neighborhood of Boston in the early 1900s.

About the author: Lynda Cohen Loigman grew up in Longmeadow, Massachusetts. She received a B.A. in English and American Literature from Harvard College and a law degree from Columbia Law School. Lynda practiced trusts and estates law in New York City for eight years before moving out of the city to raise her two children with her husband. The Wartime Sisters is her second novel.

David Ebershoff: What the Classics Teach Writers And Editors Today 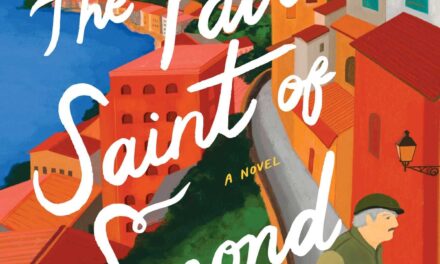