The Forgotten Hours by Katrin Schumann 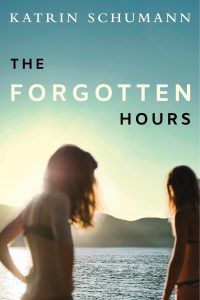 Katie Gregory has a successful consultancy career in New York City. Her lover, Zev, is an older man and a rising artist. The future looks pretty rosy, but an early morning phone call from a journalist disrupts everything when it arouses old memories. Katie’s beloved father John is due to be released from a six year prison sentence for the statutory rape of Katie’s best friend, Lulu Henderson, almost ten years ago. The press are taking an interest in his case due to an ongoing legal debate about consent and the difficulty in finding the truth in any accusation of rape.

. . . a consummate and nuanced read about the nature of human relationships . . .

John wants to stay at the family’s cabin on Eagle Lake in the Catskills where the fateful incident occurred. Although Katie doubts the wisdom behind John’s wish she visits the shuttered cabin to get things ready, and those old memories become fragile, shifting things, no longer firm and certain. Was John as innocent of the charge as Katie always believed? Was Lulu truly the victim she made herself out to be? With Lulu herself and her mother out of the picture and an old love interest from those fateful days reemerging, Katie’s wracked by conflicting loyalties as she struggles to find the truth. She knows she’ll have to decide where her loyalties lie, but at what cost and consequences to herself?

The Forgotten Hours is a consummate and nuanced read about the nature of human relationships, the conflict of loyalties, and the evasive nature of truth. Katrin Schumann has created a thoroughly human character in Katie Gregory.

The Blade Itself by Marcus Sakey 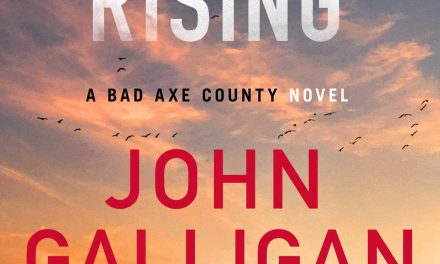