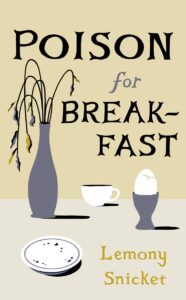 Lemony Snicket, best known as a fictional character and narrator of Daniel Handler’s children’s novels, appears as the main character in the extraordinary all-ages, non-fiction “Poison for Breakfast.” Contrasting with Snicket’s more notable appearances in “A Series of Unfortunate Events,” his “Poison for Breakfast” book dives deep into a philosophical perspective of one’s life as it nears its end. Though serious, this book is laced throughout with Snicket’s whimsical humor.

Lemony says simply his writing is about “bewilderment.” He begins by revealing what he ate for breakfast: “Tea with honey, a piece of toast with cheese, one sliced pear, and an egg perfectly prepared.” But after he consumes his meal he spots a note: “You had poison for breakfast.”

As the mystery deepens, Lemony embarks on a daylong journey to visit each of the places where he purchased food items he consumed for his breakfast. During this philosophical journey, a never-ending Zeno’s Paradox, his mind floods with thoughts, all the while expecting at any moment to fall over dead.

None of his stops yield clues as to who might have poisoned his meal, but rather offers him various perspectives on life: Why do some people live in sad and desperate places or become prisoners of war, while others suffer famine, storms, war and other catastrophes? He concludes suffering exists because “some people are treated worse than others.” More tellingly, he adds, “People are unwelcome and unsafe all over the world, and it is other people who make them feel that way.”

Throughout the book, Lemony weaves stories, myths and philosophies to emphasize extraordinary worldly situations. He ponders the idea that music is “universal language.” He reminisces about his own experience swimming in the ocean and bumping into a sea lion. As he continues in search of his poisoner, he wanders into a library, his favorite place to contemplate on who might want to poison him.

It’s not necessary for the reader to be familiar with the Snicket series to gain a deep appreciation for his foray into non-fiction. This is actually an upbeat book with logical philosophical views on death, or one could say, appreciating life. As an additional treat, his book contains a special section, listing authors and publication he references, a wealth of literature, which Snicket says is the real wealth of mankind. It’s like discovering hidden treasure.

The Prince of Risk by Christopher Reich

The Nazi Hunter by Alan Elsner 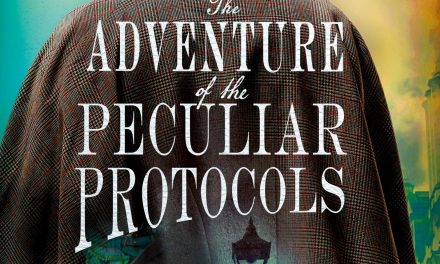