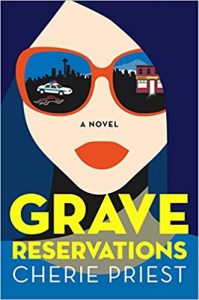 Leda Foley is a struggling travel agent by day and the face of Klairvoyant Karaoke at Castaways Bar by night. Leda’s psychic abilities are hit-and-miss, but police Detective Grady Merritt’s thankful when she re-books his flight, saving him from boarding a doomed airplane. Grady’s so impressed by Leda’s premonition he wants her help. A cold murder case has bugged him for two years, and Leda’s gift may be just what’s needed to crack it—providing his bosses at Seattle PD don’t find out. Leda agrees to help, but she has her own agenda. Her fiance Tod’s murder is also still unsolved. Maybe, if she helps Grady, he’ll help her look into Tod’s death. With her best friend Niki in tow, Leda and Grady set out to catch the killer.

Nasty company boss Chris Gilman and his nice son, Kevin, died in a hail of bullets at a nondescript hotel in Seattle. Plenty of people had it in for Chris Gilman. Was the killer his ex-wife? His assistant? The internet start-up company’s financial “angel?” A disgruntled ex-employee? The more the team digs, the better Leda’s abilities become, but it looks like the killer isn’t done with the Gilman affair yet. With her flashes of insight coming more often, Leda’s convinced the Gilman murders and Tod’s deaths are linked. Her abilities are trying to tell her something, and she’d darned well better figure out what before she becomes the killer’s next target. 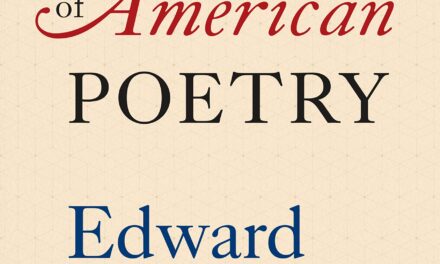 Book Review: The Heart of American Poetry by Edward Hirsch

Chaplin: A Life by Stephen Weissman