Reviews: The Box in the Woods by Maureen Johnson 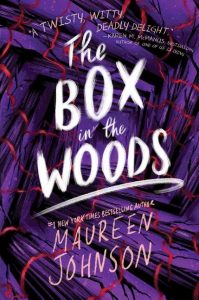 The Box in the Woods

Stevie Bell caused a sensation when she solved a decades-old murder case centered around Ellingham Academy. Her teen celebrity status faded over time, leaving Stevie feeling at a loss. How can she solve crimes, her passion in life, when all she’s asked to do now is find lost pets? When tech entrepreneur Carson Buchwald asks her to tackle another unsolved murder case, Stevie leaps at the chance.

Carson bought Camp Sunny Pines, formerly known as Camp Wonder Falls, site of a notorious mass murder in 1978. Four camp counselors were found butchered in a decrepit hunting hide in the nearby woods. Their killer was never caught.

Stevie’s Academy friends Janelle and Nate accompany her undercover as camp counselors. The weather is hot, humid and very trying, but soon the nearby town of Barlow Corners becomes the focus of Stevie’s attention. All the victims were locals, and three of them had shady records. The fourth, Sabrina Abbott—the town’s perfect girl—seems the odd one out.

A few Barlow Corners citizens involved in the incident are still around, and some are keeping secrets. Carson is more of a flaky hindrance than help, and someone wants to keep Stevie from finding the truth. Everything hinges on exactly why Sabrina Abbott was in the woods that fateful night. Stevie must battle her crippling anxiety attacks as the pursuit of justice turns deadly personal…

The Box in the Woods is an excellent, cleverly braided, no punches pulled story leavened with humor. It’s worth reading for the great rapport between the fully-fleshed characters of Stevie, queer black crafts-mad Janelle, and the sardonic uber-nerd Nate alone. A great summer read! 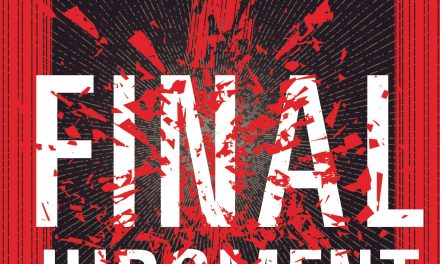 The Cat Master by Bonnie Pemberton