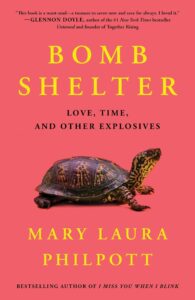 Mary Laura Philpott chronicles, with honesty and charm, a collection of personal essays, primarily about parenting experiences, that coalesce in her memoir, “Bomb Shelter.”

…best not read in one seating but rather in small dollops.

The most heartbreaking essay, “Hurry, Hurry,” tells of her son’s early morning epileptic seizure, followed by separate narratives detailing her son’s diagnoses and treatment. She reveals in painful detail her overall sadness that her son will miss out on some rites of passage such as driving a car and going to college. She writes, “I knew he was picturing fraternity parties.” Maybe, she suggests, you can be “everyone’s designated driver.”

Philpott acknowledges since childhood she’s had “a fondness for literary tragedy,” trying to understand sadness, and “its scale and reach” in order to help her anticipate what happens in life. Now, she admits, she knows better, but she’s still drawn to sad stories. So perhaps it’s no surprise most of her essays are laced with heaviness of heart or mournful.

Philpott’s other essays include her father’s heart attack, her daughter’s asthma, her husband’s Graves disease, and her own illness with Covid. She also writes about her dogs: One has an eating disorder who will only eat when certain music is played.

One delightful account unfolds at her Nashville home near a large wooded park where her family has numerous visits from a turtle (or different turtles, since they can’t tell the difference). The book title, “Bomb Shelter”, refers to a story she recently learned from her father, a medical doctor, about his work at Raven Rock. The name comes from a bunker in West Virginia built to protect U.S.A leaders in the event of a nuclear disaster.

Reading Philpott, whose essays periodically appear in national publications, is like having a friendly coffee chat where she recounts her daily situations, many of which may resonate with most of us. The resulting memoir with 30 separate essays is best not read in one seating but rather in small dollops. 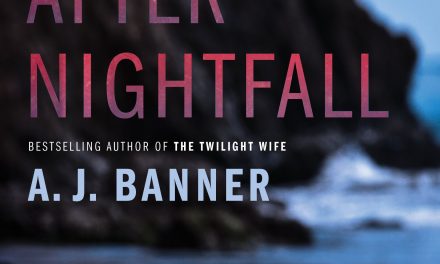 The Trials of Apollo: Book 1 The Hidden Oracle, Rick Riordan 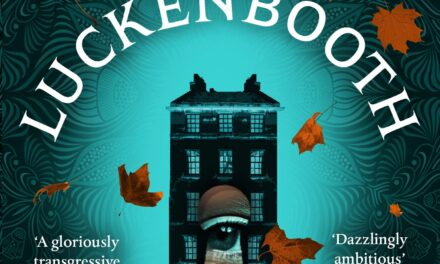