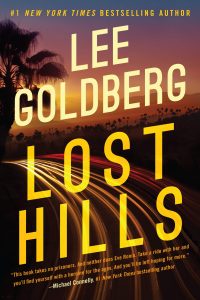 At the end of one’s complex and perhaps trying day, a Lee Goldberg detective story is just the ticket. The prolific author has produced more than 30 novels, mystery series and scores of TV shows, all with the same theme:  a hero who saves the day.

In his latest novel, “Lost HIlls,” to be released in 2020, Goldberg debuts a fresh character, Deputy Eve Ronin, who has quickly moved up the ranks from the burglary division to homicide at the Los Angeles County Sheriff’s Department, after a video of her bashing a movie star’s face to the ground for abusing a woman goes viral and provides most welcome good publicity for the department.

New to the beat, Eve and veteran partner Duncan respond to a call at a house where nearly every room is splattered with blood, and missing are a mother and her two children. Based on a true crime story in Ohio, forensics investigators determine three people have been stabbed and mutilated. In this fictional account, Duncan is counting the days to his pending retirement, so he hands Eve the lead on the case.

“Suspense and drama are guaranteed to keep a reader spellbound …”

Resented by other hardworking and up-the-ranks officers, Eve needs to prove herself as detective. For me and other night-readers, it’s obvious from the outset this intelligent and honorable women — the hero — will solve the case. However, it is her journey that’s suspenseful.

Tension rises as she continually visits the house searching for clues to piece together the puzzle. She quickly finds a suspect, but in her rush to solve the case, worries mount: Does she have enough evidence? Will the killer be released? And Eve has only days to prove her theory.

Suspense and drama are guaranteed to keep a reader spellbound as Eve overcomes the odds in her determination. Those elements, coupled with Goldbergs’s extensive research and consultation with homicide detectives, adds up to a real thriller. As a bonus, readers will gain insight into modern advances in forensics. 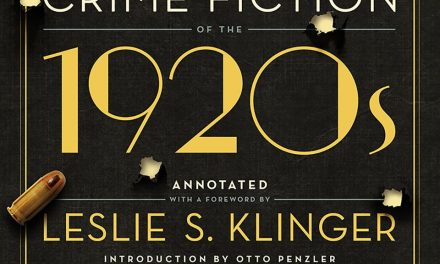 The Dante Club by Matthew Pearl

The Whole Truth by David Baldacci