Writer’s Dilemma: How Much Description Is Enough?

One of the imponderables of the fiction writing trade is just how much physical description is enough in order to fully flesh out a character’s identity. In years past many novels contained illustrations that purported to show images of the characters as conceived by the author. A prime example would be the work of Hablot Knight Brown “Phiz” who illustrated the works of Charles Dickens. Such illustrations were not mirror-image portrayals of Dickens’ characters but imaginary images conceived by the illustrator. Apparently Dickens, who approved the work of the artist, thought they were representative enough.

As technology expanded its reach into photography, film, television and now the world of digital media, adaptors of literary works chose either live actors or imagined cartoon characters to represent those characters created in the mind of the author. They made their choices based on their own imaginary representations choosing actors who they thought might best pass a loose test of authorial authenticity with a canny eye out for commercial appeal.

Best known for The War of the Roses, his masterpiece fictionalization of a macabre divorce turned into the dark comedy box office hit starring Michael Douglas, Kathleen Turner and Danny DeVito, Adler quickly became the fountainhead of Hollywood screenplay adaptations, fueling an unprecedented bidding war in a Hollywood commission for his unpublished book Private Lies. Tri-State Pictures outbid Warner Bros and Columbia, and purchased the film rights to Private Lies for $1.2 million, the highest sums yet paid then in Hollywood for an unpublished manuscript. Starring Harrison Ford and Kristin Scott Thomas, The New York Times described Random Hearts as having “stylistic polish and keenness of observation not often found in American films anymore.” See more about Warren Adler on his website. 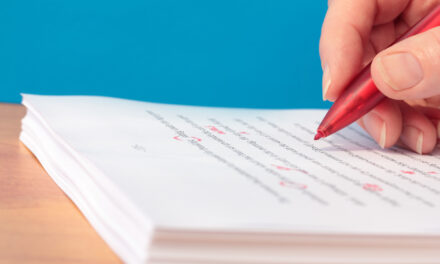 What To Do After You Sign The Publisher’s Contract