The Art of Fiction: Start All Over Again

The Art of Fiction: Start All Over Again

Lisa Lenard-Cook is a regular columnist for Authorlink. She is an award-winning published author and writing instructor. This is another in the series, The Art of Fiction, where she talks about writing and editing fiction. Watch for her insights every month on Authorlink. Read more about Lisa.

". . .the still more satisfying moments are yet to come—when I return to the material and start all over again." —Lenard-Cook

There are few more satisfying moments in a fiction writing life than when you type "The End" on your manuscript. Sure, there may be one or two (or more) niggles in your mind about certain passages, but you're—hallelujah!—finished, right?

What I've discovered in the many years I've been doing this is that the still more satisfying moments are yet to come—when I return to the material and start all over again. Beginning in this column, I'll talk about my methods of revision, to me the most important part of creating a satisfying work of fiction.

All Done? Now Put It In the Closet

To the horror of many of my older students, I like to quote Homer, who suggested waiting seven years after completing your first draft before you begin revising. I don't know how he came up with that magic number, but I do know he was on to something, because the best thing you can do after you type "The End" is print the sucker out and put it away. I know your impulse will be to find the fattest envelope you can and send your fresh-printed manuscript to every agent whose last name begins with "A." On behalf of those agents (and their hardworking assistants), I beseech you: Don't.

Why? Not only will you discover that egregious error on page 7 on your way home from the post office, you'll realize the next morning (or when you can't fall asleep that night) that if you begin on page 30, your plot will unfold far more effectively. And why did you include that scene with Alice and Anton in the armory? Even your (non-writing) spouse gently suggested that it did nothing for your story. And didn't you mean to add a scene after Anton discovers Amory and Alice in the armoire? You wrote yourself a note to do so, but somehow, you must have forgotten. And now the manuscript's on its way to Almost, Anon., and Adios.

Of course you're eager to share your magnum opus with the world. But once an agent or editor has rejected it, you don't get a second chance with him or her (except for that extremely rare instance where someone writes back and suggests that if you do A, B, and C, s/he'll take another look). Do you really want to blow your chances by sending your manuscript right this minute? I didn't think so.

If you have trusted readers, or if you're in a writing workshop, go ahead and share it with them. Otherwise, print out a copy and then put it away. This symbolic act will help you put the project out of your mind, too, and that's equally important. For the next few weeks (at the least) and several years (at the best), you're not going to consciously think about this book. Move on to the next one, or give yourself a break. You've earned it.

Okay. It's months (years? eons?) later. You open the closet. There's The Great American Novel. You forgot all about it! But now, it's time to read what you wrote.

Oh my. Did I write that? What was I thinking? I write so much better than that now. Why did I ever imagine that was a good opening sentence? And that Anton! He's so, so wooden! It's a good thing trash day's tomorrow…

But wait: Novelist Frank Yerby has said that "a really good novel is made with a knife not a pen." What Yerby means is that it's the cutting (and filling in) that make the difference between the book you just got back out of the closet and, say, The Great Gatsby. But how will you, the creator of The Great American Novel, turn it from landfill to gold?

The answer begins with this: Your right brain did the creating. Now your left brain will do the editing. The huge difference between these two processes is one of the main reasons it's so important to put the manuscript away for a while: You don't want to threaten your creative side with the much harsher realities of what your editorial side will suggest.

". . .some of the best work comes from rewriting rather than mere revision." —Lenard-Cook

What to Look For

If you've never done editing before, you'll at first think small, looking at word choices, spelling, and grammar. That's fine. But the bigger the editing risk, the bigger the payoff. In fact, some of the best work comes from rewriting rather than mere revision. Where revision is done with what you already have, rewriting means starting from scratch, and I'll talk about that in a future column.

Here, let's address some of the things you should be thinking about in your first read-through. Note I said first. You'll be reading this book over and over and over and over. If it doesn't hold your interest on each reading, it's unlikely it's going to hold someone else's. Be merciless. If anything stops you—a word, a character's name, where something is, something unsaid—make a note to yourself in the margin.

There are a lot more issues you'll be looking at in your read-throughs, but these questions will get you started: Does it belong? Does it belong where it is? Is it awkward? Am I comfortable with the way it is said? Is it there for the reader or for the writer? Are there passages that need expansion? Are my characters true to themselves? Is my dialogue (and attribution) accurate?

"If you find it difficult to look at your own work critically, find a writers' group . . . " —Lenard-Cook

If you find it difficult to look at your own work critically, find a writers' group whose members understand the value of constructive criticism. Some groups are led by a more experienced writer (I meet with several groups of former students once a month); others are made up of peers. Always start with the big stuff (story arc, character, believability) and move to the small stuff (grammar, word choice, spelling) only if there's time. It's all too easy for a group to lose the proverbial forest for the trees, so make sure your critique group has a commitment to the big picture.

You can find a critique group in a number of ways. If there's a local college, check their bulletin boards (or the bulletin boards of the coffee shops near it). Better yet, if there's a local writers' organization, go to a meeting and see what they're about. Everyone there was once in the same position you are now and will remember how hard it was to take that first step through the door.

If you're in a rural area or small community, there are still choices. Many librarians know who's writing and will direct you to others interested in starting critique groups. There's also the Internet option: A number of my former students love the online groups they've found through writers' sites like www.authorlink.com.

The hardest step in joining a critique group is the first one. But trust me: If it's the right group, these people will become some of the best friends you'll ever have.

Next month, we'll look at more of the issues you should be addressing in revision. Meanwhile, keep writing.

About Lisa Lenard-Cook Lisa Lenard-Cook's novel Dissonance (University of New Mexico Press, 2003) won the Jim Sagel Award for the Novel and was a 2004 selection of both NPR Performance Today's Summer Reading Series and the Durango-La Plata Reads countywide reading program. Her latest novel, Coyote Morning (UNM Press, 2004), has been compared to work of Carol Shields and Sue Miller. Visit Lisa's website, www.lisalenardcook.com, for information about her books and more writing inspiration. 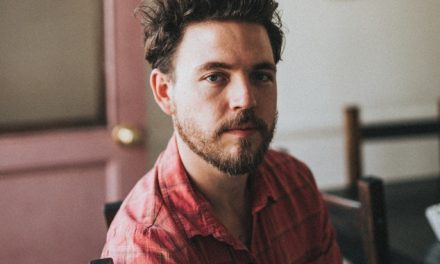 Be Ready to Pitch Your Story at Any Moment

Stet #5 – Occasional Thoughts from the Editorial Side