ASK THE EDITOR So You Want To Be A Celebrity?

Many, many folks enter the publishing industry with fame and fortune sparkling in their eyes, the idea of becoming a celebrity seemingly the point. Included in the initial questions that most new writers ask me, 'How much money can I make off of this book?' ranks in the top five. Often I hear the sentiment: "I want to sell this so I can quit being an x, y, z." Or: "I'm not going to start on the next book until this one sells, because it's not worth my time otherwise."

Now, I'm not here to tell anyone what his goal should be, or for how high she ought to reach. But frankly, if riches and fame provide the framework of your life's goal, I'd suggest singing lessons. Or, take a crack at professional sports. Because the celebrities of our era are not writers; they are athletes and actors and rock stars. And the payment reflects this.

The most-quoted statistic in this business is that only three percent of PUBLISHED authors make their living writing. And of course, this includes folks whose last names are King and Krantz and Rice, who sort of skewer the curve. Everyone else (including yours truly) has a day job (or a rich relative).

Now, if we're lucky (and have worked very hard), those day jobs still revolve around publishing. I say lucky because if you're in this for the written word, the love of that translates into a plethora of areas. Many accomplished authors are editors as well. Many work for magazines, or they freelance articles and stories to such periodicals. Many teach. But the point is that as I've mentioned many times before, the road to publishing can and usually is a long and winding one (apologies to Mr. McCartney). Which means that in the meantime, you gotta eat.

Often writers ask me about freelancing for magazines, which is a great business. Not only does it pay well as you go, but once your book does get published, those stories and articles you continue to sell help publicize both you as a writer, and the book coming out. Do know, of course, that writing for magazines is pretty much of a career unto itself. In other words, to study the periodicals in question, get their guidelines, match your article/short story to their upcoming needs, then query and send and stay on top of all of that takes a good deal of time. Ongoing time. And editors at such magazines, while always needing and wanting to work with new authors are at the same time leery of doing so. Can the person produce? Meet deadlines?

Be counted upon? So, it takes a while to build up a reputation with those editors, to whom you can then regularly sell your work. And, once you do so, it takes a lot of time to produce what you've promised them that you can and will.

The point being that there are no short cuts to publishing. Yes, freelancing is a great way to see your work in print. But it's a job in and of itself. As is teaching, or editing, and you need to build up credentials and a resume to do any of the above. Which sort of brings us full circle.

What do you really want to write? Which avenue of this business cooks your chili? Concentrate on that. If you want to write literary fiction, then selling nonfiction articles may not be your best route. However, selling short stories to literary journals is a viable option, and one that again, will help promote your book once it sells.

The people who make it in this business (predominantly) are the ones who work hard and persist. Of course, you need a little luck. But if you have the first two, the third comes. Writers may someday return to celebrity-du-jour status, but right now, this business really is all about the love of the word. Honor it. Strive to become better. Work on your craft and let fame come as it will. 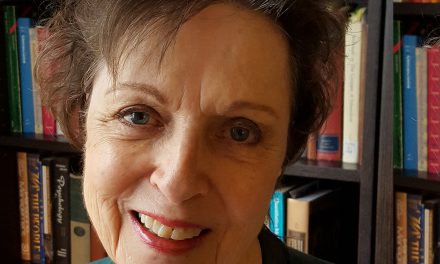 Does the Quality of a Writer Depend on Their Observances?

Writing Narrative Non Fiction: The Process of Crafting a Story from Life