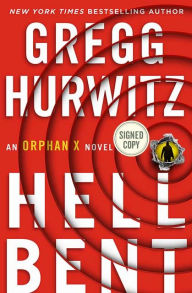 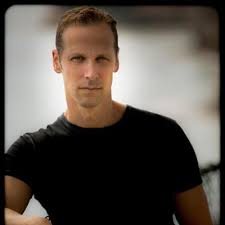 Readers often ask me, “How did you come up with Evan Smoak?”
It’s always tough to say where my ideas come from (do any of us know where our ideas come from?) but I will say that I knew that to create a character with the legs to withstand a long-running series would be a huge undertaking. I also knew that I had to differentiate him from great characters like Jack Reacher and Jason Bourne. I kept coming back to this transcript of a conversation between Lawrence Kasdan, Stephn Spielberg, and George Lucas when they were developing the character of Indiana Jones. You can see the process in real time as they discussed what he’d wear, how he’d move, what would make him unique.

I knew it would be really interesting to take an archetypical character like the ones that we love and put him in the real world. So that’s what I did with Evan. He’s supremely badass and supremely tough, sure, but he exists in the same world we do. And that’s one thing we never get to see, right? We never get to see James Bond go home or have an awkward encounter with a single mom in front of the elevator of his condo. That’s one of the most important aspects of Evan—that he lives in the real world with you and me.

Want to know more about Evan Smoak’s world? Check out this Facebook Live from a few weeks ago, or join me for my next Facebook Live event on April 19th.

I’ll be the Portland, Oregon area in April for a library book talk and signing tour. Come out and see me:

Then I’m heading to South Africa in May!

“The Orphan X series is shaping up to be one of the best action thrillers around. You won’t put this one down.”
— Globe and Mail

“HELLBENT is carved from the same cloth of not only Lee Child, but also David Baldacci, and it proves Hurwitz to be every bit the equal of both of them. This is raw, visceral action writing layered with rare depth and emotion, making HELLBENT an early contender for one of the best thrillers of the year.”
—Providence Journal

“Where there’s Smoak, there’s firepower. The only thing better than a great book is a series in which each book is exponentially better than the last. It’s not a feat that can be pulled off by just any author, but it’s viscerally powerful when done right and HELLBENT is as right as it gets. [It] combines the intrigue, action and emotional wallop of the first two novels (ORPHAN X and THE NOWHERE MAN) and ratchets it up into the stratosphere of white-knuckled tension and hyperventilating action.”
—Daily Oklahoman

Writing a Scene as if You Were Auditioning for the Reader

Writing Narrative Non Fiction: The Process of Crafting a Story from Life