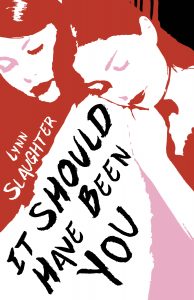 It was the end of a long critique session when one of my MFA instructors at Seton Hill University had us go around the table and share our journeys as writers. Student after student talked about how they’d barely learned to read when they discovered how much they loved to invent stories. It was obvious they were meant to be writers.

Sitting among them, I felt like an imposter. When the instructor got to me, I came clean. “To be honest,” I confessed, “my passion growing up was dance.” Music made me want to move, and I’d never really stopped. As an adult, I ended up in a rewarding career as a modern dancer and dance educator.

Of course, like my Seton Hill classmates, I was also addicted to reading, and I did love to write. While I was still dancing, I’d begun freelancing, writing magazine articles about dance, parenting, and the challenges of adolescence. I also wrote a nonfiction book on rape for Lucent’s Teen Issues series.

Having always devoured YA fiction, I decided to try writing a young adult novel after a hip replacement led to my retirement from dance. Not surprisingly, the protagonist was a young dancer, and since I love mysteries and romance, it had plenty of both. That book eventually became While I Danced, published by Write Words, Inc., a small independent publisher, in 2013.

By the time I got the news the book was going to be published, I was hooked on writing fiction and had just started my MFA at Seton Hill. I can’t say enough about how positive the program was. I had wonderful mentors, wrote two novels while I was there, and learned so much about writing and the writing life.

My YA novel, It Should Have Been You, was actually my thesis project. The initial germ of the idea for the novel came from an adult student who shared with me that her twin had been murdered as a teenager, and the crime had never been solved. I started thinking about survivor’s guilt, and how much worse it would be if you’d had a troubled relationship with your murdered sibling and had grown up feeling like an afterthought in your own family. Since my mother had been a concert level pianist, I decided to make the murdered twin a piano prodigy in a musical family where she was the undisputed center of attention. And since I’ve always thought it would be fun to write an advice column, I decided to do that vicariously through Clara, my protagonist, who ghostwrites an advice column for her school newspaper. In addition, my experiences of writing a book on teen rape and counseling teens in abusive relationships inspired Clara’s concern with this issue.

I’d love to say I had no trouble finding an agent or a publisher for the novel, but I’d be lying. I have enough rejection slips to wallpaper my bathroom. And it’s not a small bathroom.

But I got very lucky. Page Street, primarily known for publishing cookbooks, had decided to expand into children’s and YA books. Page Street’s YA editor at the time, Alyssa Raymond, contacted the Director of Seton Hill’s MFA program and invited faculty and alums to query her.  I followed up and got an almost immediate request for the full manuscript.  A few days later, Alyssa contacted me to say she was really interested and per the company’s policy, we would undertake a sample revision process to see if we could work well together. I spoke via a conference call with both Alyssa and the publisher, Will Kiester, and they seemed genuinely enthusiastic about the book. I then contacted the agents who were still looking at partial or full manuscripts they’d requested, telling them about this interest from Page Street. I ended up signing with a wonderful agent, Katie Shea Boutillier, from the Donald Maass Agency, and eventually signing a contract with Page Street.

I’m thrilled to be one of the first two authors Page Street is publishing in their new YA line. They’ve been great to work with. It hasn’t been easy, but I love being an “accidental novelist.”

For more information about It Should Have Been You see: