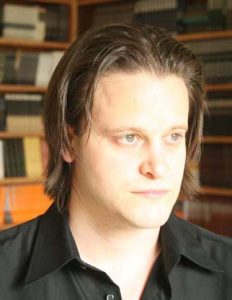 from
The Plot Thickens:  8 Ways to Bring Fiction to Life
reprinted with permission of St. Martins Press
© 2001 Noah Lukeman

“The moment comes when a character does or says something you hadn’t thought about. At that moment he’s alive and you leave it to him.”

Plot does not magically appear with the creation of a character; Frankenstein’s monster might open his eyes, but until he gets up from the table and does something, there is little basis for a plot. Plot comes with your characters’ taking action; with their interaction with others; with their traits being applied to imagined scenarios. At this point in the book, if you’ve faithfully read and completed the exercises in Chapters One and Two, you’ll have an excellent handle on your characters’ inner and outer lives. This preparation was crucial, but unfortunately your task doesn’t end there. On the contrary, it’s just beginning. Now it’s time to consider a whole new set of issues as you let your characters help you create your plot, as you begin to weave the endlessly rich and complicated tapestry of character interaction.

A few issues to consider:

Entrances and exits have power. In the famous shower scene in Psycho, what makes her murder shocking is not the actual stabbing but the fact that our protagonist, unexpectedly, is yanked off stage early in the film. The antagonists in Silence of the Lambs and in Flannery O’Connor’s “A Good Man is Hard to Find” gain their frightening power by not making their appearances until the very end. Conversely, in The Dinner Game a character who should exit in the first act lingers on; it becomes the gimmick of the film and lends it humor. When does your character first appear? On page 1? Page 50? The very end? What would happen if he appeared later? Earlier? Conversely, when does he exit? What would happen if he exited earlier? Later?

The first, anticipating the long lines before closing, has brought a book to read, and waits contentedly. He looks up from time to time, sees the tellers are working as hard as they can, that they are at the end of a long day, and feels sympathy for them. He thinks of how when it’s his turn he’ll apologize for keeping them late, compliment them on their work, and show his gratitude before leaving.

The second, needing to be somewhere else by 3:00pm, stands on the line fidgeting, fuming and complaining to anyone he can find. He glares at the tellers. He sees them as privileged, getting to sit comfortably under air conditioning on this boiling day and call it a day by 3 pm. He sees them as lazy, stupid, too incompetent to count money efficiently and hasten their customers off the line—in fact, he’s sure that they are deliberately stretching out their customers, so as to not have to deal with as many people and perhaps to even shut down the bank before he personally can get his turn. He catches one looking back at him and is now positive they are all doing this just to spite him. Knowing he is being publicly made a fool of, he is now indignant, furious. He thinks of how he’ll chastise them when it’s his turn, really let them have it before he leaves.

In actuality, these two men are in the exact same circumstance. It is their perceptions of and reactions to the circumstance that differ.

Ultimately, events and circumstance are not half as important as how characters perceive and react to them. Before you put your character into your story (where events and other characters are constantly changing), you must first get a handle on how your character might perceive and react to the world around him. You must keep this in mind constantly as you go. For instance, characters can perceive themselves as acting one way when in fact they are acting another. It is not uncommon in life for people to feel as if they are acting kindly while all the while treating other people harshly. The abusive boss, or abusive spouse, will not consider himself abusive, for if he did he wouldn’t be able to live with himself; or, he might have a glimmer of his own abusiveness, but he might justify it to himself (i.e. the worker deserved it). Indeed, a discrepancy between a character’s inner dialogue and his actions is a powerful tool to show a character out of touch with himself.

Of course, a character’s perception becomes a thousand times more relevant—can indeed define the entire work—if he happens to be the narrator or viewpoint character (discussed at length in the book).

In the opening scene of The Godfather, the character of Don Corleone is established without his doing or saying a thing. He sits behind a master desk, in a room of quietly devoted supporters, while across from him a man pleads for help and forgiveness. We get to know Don Corleone simply by watching the way others treat him.

Conversely, in Revenge of the Nerds, the college ensemble shows us how the nerds are thought of. Yet, despite this, we grow to like and sympathize with the nerds; moreover, we grow to dislike the ensemble that treats them like nerds and to learn that it is the people casting the stigma—not the stigmatized—that we should dislike. This principle—how others are thought of—is the crux of this film (used, in this case, for comic effect). In most cases, though, the endearing of a stigmatized character to us is used for dramatic, even tragic effect, in works such as The Hunchback of Notre Dame or Slingblade.

Sadly enough, consciously or not, we often look to see how people are treated by others to take our cue on how we should treat them. If we enter a room where everyone is bowing to a king, we will probably do the same; if we enter a town where people are keeping their distance from a mumbling, village outcast, we will probably do the same. This is what can make for a “mob mentality,” where, if caught up in an angry, impassioned mob, you will likely allow yourself to become caught up in their cause, even if you are barely sure what it is.

This insidious human trait can rear its head in much less extreme, everyday situations, and often does: let’s say it is your first day in a new school or office, and you observe everyone avoiding or mocking a certain person; you, likely, will avoid him, too, if for no other reason than not to be associated with him. Conversely, you will also take cues on who to respect, and might look to become closer to such a person, if for no other reason than others might then respect you, too. When you are more comfortable, and have been around the new environment for a while, you might take a step back from the mass consciousness and make decisions for yourself, even if they go against the grain, and decide the universal weirdo is not weird after all, and perhaps even befriend him. But on that first day, overwhelmed with people to meet, you make instant decisions, as the only possible way to make distinctions. You are vulnerable to the perceptions of the masses.

The same holds true for your readers, who are all at once introduced to an entire cast of characters. They need to make decisions, and they look to take cues. Lesser writers might shove these cues down readers’ throats, outright tell them what opinions to form. Better writers will introduce us to a new character by dramatizing how others act toward him. Show B, C and D taunting A in the schoolyard. Show B, C and D coming to A for advice. Show B, C and D asking A for protection. This is one preferred method, since it allows readers to come to their own conclusions, and also leaves room for interpretation and ambiguity.

Knowing your character’s makeup as you do (based on the exercises in Chapters One and Two), now is the time to draw on it. Make a list of 10 things that might elicit a reaction from him. For instance, if he can’t swim, place him on a small, rickety boat; if he hates loud people, force him to wait in a bar with five loud customers behind him; if he is a jealous type, have him show to a party to find his wife dancing with someone else; if he is a dog lover, have someone give him a puppy for his birthday. Choose 10 different circumstances—negative or positive—that will set this character up for a peak experience.

Now think of how each of these circumstances can be the core of a scene.

Now choose 10 more circumstances that will set him up for a peak experience—but are also in line with the overall theme of the work.

Now think of how each of these circumstances can be the core of a scene that can help further the overall work.

Ultimately, we must judge our characters by their actions. The character who spends 400 pages thinking of how he hates everyone, but, with his sole action, helps an old lady cross the street, must be judged favorably. Conversely, the man who thinks of everyone with love for 400 pages, but, with his sole action, picks someone’s pocket, must be judged negatively. Ironically, though, you’ll often find that, based on the sheer amount of time the reader spends in a character’s thoughts, he will probably still walk away with a judgment based on the thoughts, not the action.

Go through the work and make a concrete list of all of a character’s positive and negative actions. Which side of the list weighs heavier? Are you surprised to find a discrepancy between his thoughts, feelings, beliefs and his actions? How big is the discrepancy? How can we judge this person based on his actions? Is this what you’d expected? Should you employ changes to make this character more of who you want him to be? Or should you step back and simply realize that this character is someone other than who you’d thought him to be?

Read more about Noah Lukeman and his books.