If I felt it would make me a better writer, I would do nothing but talk about literary theory all day long.  But I have always felt that literary theory makes me a worse writer, in the sense that it makes me more self-conscious and worried about whether my work stands up to a set of academic standards.  I think fiction began to die the day it became the property of academia, and I hope it will wriggle free one day and escape into the wild again.  Until then, I just keep typing.

Literary theory may describe literature, but mastering it will not make you a better writer, any more than studying Newton’s laws of motion will make you a better baseball player.  I write by instinct, not by a set of rules.

There are some aspects of basic literary theory that are important for any writer to know, but they needn’t be obfuscated by the sorts of complicated terms people typically use to make themselves sound more important.  You really only need to know a handful of concepts.  Of these, narrative arc is probably the most important, from a story-telling point of view.  So what does it mean?

All it means is this:  Your story needs a clear beginning, middle, and ending, and each part needs to measure up to a different set of standards in order to be considered successful.  In addition, there is the symbiosis that takes place when all parts are working together perfectly to create something that is far greater than their sum.  This is when we say that a book comes alive in your hands.  You can feel it happening, both as a reader and a writer.  It’s quite miraculous, and it can’t always be planned.  In fact, it is rarely accomplished on purpose. 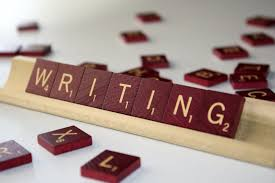 How to Find Your Own Writing Style