Faceless
By Simon Bestwick
Buy this book at amazon.com

Chilling supernatural horror and the police procedural collide in this absorbing tale of contemporary characters sucked into a web of mystery and fear. As local townsfolk in a northern city disappear masked men with sinister links to the past haunt the streets. Unconnected events begin to align as Detective Chief Inspector Renwick realises these mysterious figures have chosen targets and an even bigger plan.In the Lancashire town of Kempforth, people are vanishing. Mist hangs heavy in the streets, and in those mists move the masked figures the local kids call the Spindly Men. When two year old Roseanne Trevor disappears, Detective Chief Inspector Renwick vows to stop at nothing until she finds her. In Manchester, terrifying visions summon TV psychic Allen Cowell and his sister Vera back to the town they swore they'd left forever. And local historian Anna Mason pieces together a history of cruelty and exploitation almost beyond belief, born out of the horrors of war  while in the decaying corridors and lightless rooms of a long-abandoned hospital, something terrible is waiting for them all. 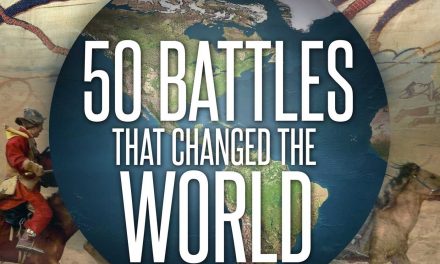 50 Battles That Changed the World by William Weir