Why Worry About Amazon’s Dominance in Books and Movies? 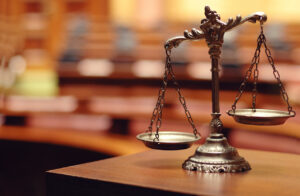 Imagine a future America in which 80 percent of everything the average consumer sees, hears, and reads (let alone, buys) is controlled by one company, constructed by one man. Racking up huge losses on the sale of thousands of books on his platform, he forces almost all key competitors out of business. He then pays zero dividends to investors for more than ten years and entices half of the US population (about 150 million) to buy into his clever scheme.

What? Do you mean he purposely sells books at below cost and convinces investors to forego timely profits? Isn’t that insane?

Well, yes and no.

Who is this guy? What do he and his cohorts want from us? And will they get what they are after?

Such a scenario is potentially in the making now. Could Amazon, Inc. become the real-life incarnation of our imaginary company?

Wait a minute. Amazon sells more things cheaper and delivers faster than anybody, right? It’s for the consumer’s good. So why worry? Besides, this guy, Jeff Bezos, is floating around somewhere up there in space.  He’s not even the CEO anymore, just the executive chairman.

However, some of us right here on earth have begun to worry that the imaginary scenario isn’t so far-fetched. Real-life Federal Trade Commission Chair Lina Khan has begun an extended review of Amazon’s proposed $8.5 billion purchase of MGM Studios, according to the Wall Street Journal. The company must pass a premerger review before officially closing the deal. That process is usually easy-breezy because 95% of mergers are okayed. They pose no threat to competition, or do they?

The FTC should simply clear the deal based on the century-old “rule of reason” and consumer-welfare standard right?

The antitrust laws were formed before companies like Amazon were able to build massive databases, cross-integrate them through multiple platforms, employ Artificial Intelligence, and spy on their own customers, suppliers, and outside competitors for strategic advantage.

Way back in 1911, when Standard Oil owned just 20 percent of America’s oil output, the U.S. Supreme Court found the company guilty of using its size and clout to undercut competitors, underprice its products and threaten suppliers and distributors. The company’s market share had rapidly increased from 10 percent to 20 percent by eliminating competitors.

Until the 1960s, antitrust laws stood grounded in the idea that concentrated market structures promote anti-competitive forms of business. Monopolistic market structures encourage dominant actors who can subtly and easily fix prices, block new entrants into the market, and wield greater bargaining power against suppliers, workers, and consumers. They would become freer to raise prices, degrade service and quality while maintaining profits.  This policy involved policing not just for size but also for conflicts of interest and discrimination against competing retailers.

In the 1970s and 1980s, the original antitrust view changed. Price theory, or predatory pricing, became the accepted way to determine problems of antitrust.  The idea is that the profit-making motive fuels efficiency and usually keeps competition in line.

Nobody in their right mind would deliberately offer its products for sale at below cost over a long period of time, officials thought.

But of course, that is exactly what Jeff Bezos did. Crazy like a fox, as the saying goes?

The big business structures that have emerged over the past decade are entirely new and pose a lethal threat to the competitive marketplace.

Lax antitrust policy has contributed to the octopus-like growth of big corporations. An important precedent came in 2010 when Amazon filed suit against five competing publishers.

By that year, Amazon owned 90 percent of the e-book market via its online platform. Soon Apple became a formidable e-book competitor with its iPad, Amazon reacted by slashing prices of suppliers’ books, including bestsellers, and prevented publishers from traditionally setting their own retail prices. When one publisher disagreed with Amazon’s new pricing policy, the giant retailer instantly blocked the sale of the publisher’s products from its database, something that would have been tough to do quickly before today’s technological advances.  The publisher quietly settled. He understood the enormous power Amazon wielded with the simple touch of a switch.

Then, five big publishers attempted to fight back against such control. They joined Apple where they could freely determine retail prices on iPad. But in 2012, Amazon filed a lawsuit and the Justice Department ruled that the publishers colluded to fix prices, a clever legal ploy Amazon could use to win. The ruling delivered a major blow to publishers (and authors) who saw sales decline in all areas of book-selling in the several years following the ruling.

The court took the myopic view that Amazon kept prices low, which was good for consumers. Amazon was merely creating “loss leaders” by discounting its prices. There should be no threat to competitors.

The five publishers who objected to Amazon’s tactics lost the case. As the bad guys, they also paid heavy fines.

After the 2012 edict, Amazon happily proceeded to again dominate the e-book market.

Platforms like Amazon, Google, and Facebook have evolved as complex online structures. They have become essential parts of our infrastructure, much like water, electricity, and phones–critical intermediaries. A platform’s involvement across multiple related lines of business can breed conflicts of interest by creating circumstances in which the platform has an incentive to favor its own business products and disadvantage or break other companies.

Perhaps a stricter approach would place limits on vertical integration platforms that have reached a certain level of dominance.  The FTC could ban any dominant firm from entering a market that it already serves as a platform, in other words, from competing directly with the businesses that depend on it.  In this case, Amazon would be prohibited from running both a dominant retail platform and a dominant platform for third-party sellers.  Amazon would be prevented from using insights from its role as a third-party host to benefit its own retail labels.

Decentralizing this power would ensure that the fortunes of the people will not be dependent on the whim, impulse, political prejudice, or emotional stability of a few self-appointed people.

Today Amazon controls more than 65% of the e-book market on its website alone. But it also owns other large sites related to the publishing industry. It has completed more than 100 mergers and acquisitions since 1999, including 18 companies directly related to reading, music, and television/film. A list of some of its related interests appears at the end of this article and it includes the recent purchase of MGM, which the company can add to its own streaming service. In addition, Jeff Bezos owns The Washington Post, the dominant newspaper in the U.S. Capitol, with a digital circulation of more than a million users. One can only guess how many lobbyists and journalists he influences.

The FTC now has multiple investigations of Amazon underway. Also, It will soon decide whether to file a new antitrust lawsuit against Facebook after a judge denied the FTC’s previous complaint as legally insufficient.

It is worth emphasizing that publishing has not been the only market affected by Amazon.  The U.S. has lost a record number of big-box retail stores within the past ten years, a trend that most analysts attribute to the crushing pressures of Amazon.

Of Amazon’s 108 mergers (and 22 stakes) since 1999, approximately eighteen relate directly to the publishing and entertainment industry. (Source: Wikipedia). Many of these companies are large. Here is the segmented list:

Isn’t it time we strengthen our antitrust laws in a way that allows many companies to flourish?

Get your manuscript in front of interested agents and publishers. List your query on Authorlink® Rights for Sale/Publishers Market.