Authors, translators, and publishers will gather to celebrate the power of international literature at the annual Words Without Borders Gala on November 1, 2016, at Tribeca Three Sixty in New York City.

Barbara Epler, president and publisher of New Directions, will be honored with the 2016 Ottaway Award for the Promotion of International Literature. New Yorker theater critic Hilton Als will present the award.

“In a year that has underscored the need for literature that illuminates new perspectives and expands cross-cultural communication, we are thrilled to honor Barbara Epler for her work at New Directions,” said Samantha Schnee, chairman and founding editor of Words Without Borders.

The event will be chaired by Jenny Staff Johnson and Anthony and Margo Viscusi. Legendary translator Edith Grossman will serve as honorary chair, and award-winning journalist, writer, and activist Roxana Saberi will host the evening’s program.

For more information about the 2016 Words Without Borders Gala, please contact press@wordswithoutborders.org. 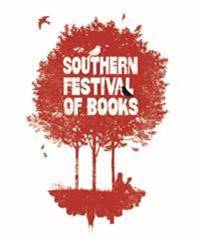