St. Paul MINN (Authorlink News, January 29, 2009)–Tiny Graywolf Press, with headquarters in a crumbling building in St. Paul, Minnesota, never expects to sell more than 2500 copies of an anthology of contemporary European poetry. But times have changed for the nonprofit literary press. Graywolf is now busy printing 100,000 copies of the poem by Elizabeth Alexander, read at the presidential inauguration of Barrack Obama this month.

It is the biggest print run in Graywolf’s 35-year history. Alexander’s poem, titled “Praise Song for the Day: A Poem for Barack Obama’s Presidential Inauguration,” consists of 14, unrhymed three-line stanzas, and a one-line coda: “praise song for walking forward in that light.” It will be released as an $8 32-page paperback on February 6.

“If there’s one thing they’ve done, it’s to have built an expectation that when a new book comes out from Graywolf it’s going to be a good book,” Jeffrey Lependorf, director of the New York City-based Council of Literary Magazines and Presses told the Associated Press.

That’s what happened at Graywolf Press when Barack Obama picked poet Elizabeth Alexander, a Graywolf author since 2001, to recite a poem at his inauguration – putting her in such hallowed company as Robert Frost and Maya Angelou. The St. Paul-based publisher is printing 100,000 copies of Alexander’s inaugural poem, by far the biggest print run in its 35-year history but not for an inaugural work. Maya Angelou’s “On the Pulse of the Morning,” recited in 1993 at President Bill Clinton’s inaugural, was a million seller.

The recognition for Alexander is the latest in a string of good fortune for Graywolf. In the last two years, the tiny nonprofit publisher of literary fiction, poetry and essays helped launch obscure Norwegian writer Per Petterson to U.S. literary stardom on the strength of his novel “Out Stealing Horses,” and guided first-time novelist Salvatore Scibona to a National Book Award nomination. 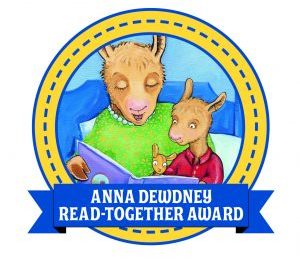