NEW YORK, NY/4/29/08–Simon & Schuster’s publishing revenues fell for the first quarter of 2008 by 12% to $201.6 million from $229.3 million for the same prior-year period, as best-selling titles in the first quarter of 2008, including Duma Key by Stephen King, Where Are You Now? by Mary Higgins Clark and Change of Heart by Jodi Picoult, did not match contributions from prior year titles, which included The Secret by Rhonda Byrne.

In announcing company-wide results for S&S’s parent, CBS Corporation, CBS Corporate President and CEO Leslie Moonves said, “Im very pleased with the operating performance of the Company, which produced terrific first quarter free cash flow of $938 million and diluted EPS of $.36,” said Leslie Moonves. The company has continued confidence in its businesses, the CEO added. “We are increasing our quarterly dividend by 8% to $.27 per share, paying among the highest dividends in the industry. Driving the Companys performance this quarter was significant profit improvement at Television, led by a new distribution arrangement for our valuable CSI franchise in international markets. We also continued to drive digital operations forward, nearly doubling our online revenues for March Madness on Demand. At Radio, we are seeing positive signs early in the second quarter with sales pacing up over last year in some of our larger markets. And our recent acquisition of the largest outdoor company in South America adds to CBS Outdoors portfolio of fast-growing attractive billboard markets.”

Total revenues for CBS Corporation were $3.7 billion for the first quarter of 2008, flat with the same quarter in 2007, when CBS broadcast Super Bowl XLI and the Semifinals of the NCAA Mens Basketball Tournament. First quarter revenues in 2008 benefited from the impact of a new international self-distribution arrangement for the CSI franchise, which was previously distributed by a third party.

Simon & Schuster expects a strong second half of the year and predicts trade paperback and mass market paperback sales will see an increase as consumers search for lower-priced books.

Publishing Sales Up 3.4 percent in August 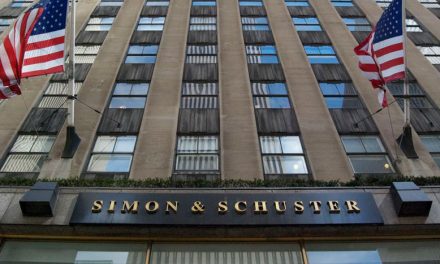