Pearson Chief Executive Officer Marjorie Scardino, scheduled to address shareholders at the annual meeting on April 29, is being pressured by investors to bolster sales and earnings. The 58-year-old Texan, had vowed to double the value of the company when she took over, but Pearson’s shares have dropped 5 percent to 634 pence since she became CEO in January 1997.

Penguin, which gave birth to the mass-market format 70 years ago by selling inexpensive paperbacks, now attributes two-thirds of its sales to the small-format books, which currently sell for about $7.99 each in the U.S.

Overall mass market sales in the U.S. have dropped 8.9% in 2004, and by 11.5 % so far this year, according to the Association of American Publishers.

Trade paperbacks are attracting both old and young book buyers who prefer the comfort of larger print and have more to spend on books. The format uses larger, easy-to-read print, generally appears higher in quality, and costs from $12.95 to $14.95.

Competition also sometimes comes from within Penguin itself. For example, Tom Clancy’s 2003 novel, THE TEETH OF THE TIGER sells in hardcover edition at a discounted price of $5.98, while the same book in mass market format sells for $7.99.

Penguin, along with Simon & Schuster and Random House, hope to attract readers back to the smaller format by introducing a taller premium paper back priced at about $10. Six of Penguin’s best-selling authors will be published in the premium format in the next few months.

Initial sales are encouraging for Penguin’s first premium paperback, Minette Walters’s DISORDERED MINDS, released in December. The book has 29 lines of text per page, compared to 38 lines in a traditional mass market format.

Scardino has vowed to “focus on the book, not the author.” To achieve this end, Penguin has added nine new book imprints in the hope of reducing the company’s dependence on big-name authors who demand higher royalties.

The company is optimistic it can restore growth this year, but some observers say growth still hinges on the publisher’s ability to generate top authors and titles. 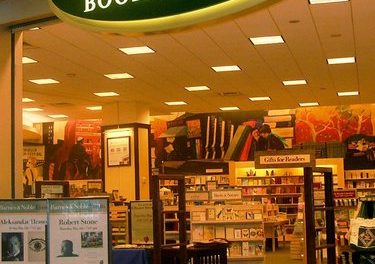