NORWALK, CT/2/16/07–The former Chairman of the Federal Reserve Board, Dr. Alan Greenspan, will kick off BookExpo America’s (BEA’s) author events by appearing as BEA’s Conference Keynote Speaker on Friday, June 1 at 11am. He will be joined by Andrea Mitchell, Chief Foreign Affairs Correspondent for NBC News, who will interview Dr. Greenspan in a Q & A format. Officials at BEA are expecting a significant audience and large media turnout for a discussion of Dr. Greenspan’s eagerly anticipated new book, The Age of Turbulence: Adventures in a New World, The Penguin Press, September 17, 2007. The event will be held in Room 1E12 and all other programming at BEA will be suspended for the duration of Dr. Greenspan’s appearance.

Ms. Mitchell, who is also Dr. Greenspan’s wife, will lead the discussion about Dr. Greenspan’s book. In her senior position at NBC News, Ms. Mitchell reports on evolving foreign policy issues in the United States and abroad for NBC News broadcasts, including NBC Nightly News with Brian Williams, Today, and on both CNBC and MSNBC.

The Conference Keynote represents a new platform at BEA. Convention officials note that conference programming has become one of the most critical components of convention activity, and the sessions annually attract a large audience of publishers, booksellers and media.

“We are enormously honored that Dr. Greenspan has agreed to appear at BEA,” notes Lance Fensterman, Event Director for BookExpo America. “Dr. Greenspan is one of the leading figures of the latter half of the 20th Century and his insight, leadership, and impact has affected citizens in the United States and the world at large. We couldn’t be more proud to have this opportunity to host such an accomplished and respected individual and to have his name associated with BEA and our conference program.”

Alan Greenspan begins The Age of Turbulence on the morning of September 11th, 2007, but then leaps back to his childhood, and follows the arc of his remarkable life’s journey through to his more than 18-year tenure as Chairman of the Federal Reserve Board, from 1987 to 2006, during a time of transforming change.

By grounding his worldview in vivid real-world examples drawn from his own experience, Dr. Greenspan brings his explanations of even the most complex phenomena within ready reach. The distillation of a life’s worth of wisdom and insight into an elegant expression of a coherent worldview, The Age of Turbulence will stand as Alan Greenspan’s personal and intellectual legacy.

Alan Greenspan was born in 1926 in the Washington Heights neighborhood of New York City. After studying the clarinet at Juilliard and working as a professional musician, he earned his B.A., M.A. and Ph.D in Economics from New York University. In 1954, he co-founded the economic consulting firm Townsend-Greenspan & Co. From 1974 to 1977, he served as Chair of the Council of Economic Advisers under President Gerald Ford. In 1987, President Ronald Reagan appointed him Chairman of the Federal Reserve Board, a position he held until his retirement in 2006.

A native of New York, Andrea Mitchell received a B.A. degree in English literature from the University of Pennsylvania where she currently serves as a Trustee, a member of the Executive Committee and Chairman of the Annenberg Advisory Board. She joined NBC News in 1978 and, over the years, has appeared on Meet The Press as a panelist and substitute host. An acclaimed political reporter, she has covered every presidential election since 1972. Prior to being named Chief Foreign Affairs Correspondent, Mitchell had been NBC News’ Chief White House Correspondent.

BookExpo America’s Conference Program for 2007 is sponsored by Microsoft Live Search. BookExpo America is operated by Reed Exhibitions which is the world’s leading events organizer. In 2006 Reed brought together over six million industry professions from around the world generating billions of dollars in business. Reed Exhibitions is part of Reed Elsevier Group plc, a FTSE-100 company and publisher and information provider. 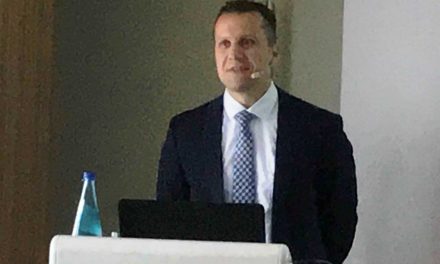