ATLANTA, GA/11/15/03Former President Jimmy Carter’s first fiction novel, The Hornet’s Nest, will arrive in bookstores this month. Since leaving his presidential post, Carter has written 18 books on a variety of subjects from history and memoirs to poetry and a children’s book.

Carter, age 79, was interviewed in the November 10 issue of Newsweek about his latest endeavor. “You might think of the ex-president as a Nobel Prize-winning champion of human rights and world health care,” the Newsweek article said. “Carter, it turns out, thinks of himself first as a professional writer. He’s a man with 18 books to his credit, and he’s proud of it.

Carter is the first American president to write a novel, and the first to illustrate his own book cover.

The Hornets Nest, a story of the American Revolution is set in Carter’s native Georgia, and took Carter seven years to write. He finished three other books in the same period. If his novel sells well, he may consider doing a sequel, the Newsweek article says.

Look for more deals in our December 1 Authorlink edition

These book deals are reported on Authorlink as a courtesy of PublishersLunch.com. Deals are rated as follows:

Dr. Terry Brighton’s HELL RIDERS: The Truth behind the Charge of The Light Brigade, a look at first hand accounts of what was one of the most brutal and tragic events of British history, to Eleo Gordon at Viking Penguin, at auction, in a good deal, by Luigi Bonomi at Sheil Land Associates. US rights are to be sold by George Lucas of Carlisle & Company; European rights by Amelia Cummins at Sheil Land.

Arnon Grunberg’s novel, PHANTOM PAIN, the humorous ‘autobiography’ of Robert G. Mehlman, a one-time literary novelist brought low by obscurity and crippling debt, and the search for his redemption in culinary writing with the book “Polish-Jewish Cuisine in 69 Recipes,” to Stacy Hague at Other Press, by Donadio & Olson (US).

Polish writer Hannah Krall’s STORIES, interdependent short stories on the Holocaust, to Blake Radcliffe at Other Press, by the Liepman Agency (US).

DALLAS, TX/11/15/03Literary agents and editors regularly surf Authorlink in search of good writers. Among major houses making requests and/or visiting the site, are: Random House, Knopf, St. Martin’s Press, Simon & Schuster, Penguin Putham and many other smaller publishers. More than 900 writers are currently listed with us. Since tracking began, 1766 requests have been processed for requested manuscripts. Of the 387 editor or agent offers we’ve been able to track, 83 have lead to publication as a direct or indirect result of exposure on Authorlink. Additional sales and agent contracts are pending.

On average, about 45-65 percent of evaluated manuscripts are requested by editors and agents, some receiving multiple requests. Of those we’ve been able to track who have received interest, about 20-25 percent are signed with agents and 10- 15 percent of these have directly sold their works to publishers. Our performance is highly effective, considering that only 2 percent of works coming in over the transom in New York ever make a sale.

This is a partial list of authors who have recently sold work as a result of having been listed with Authorlink (http://www.authorlink.com). See more like these in our full news archives.

IT’S HOW YOU PLAY THE GAME, by Jimmy Gleacher, to Brant Rumble at Scribner (Simon & Schuster), as a direct result of Authorlink.

DARK DESIRE, by Elaine Moore, first in a three-book sale to iBooks, Inc. (distributed by Simon & Schuster), a vampire romance to be released in mass market format in March 2004. Books II and III will soon follow. Ms. Moore’s writing has been likened to Anne Rice. The series was sold directly by Authorlink in a publisher-to-publisher deal.

SLIM TO NONE, by Graydon D. (Dee) Hubbard directly sold from Authorlink to Michele Pezzuti at McGraw-Hilll for release in January 2003. The poignant story of his daughter’s long (and fatal) journey through the wasteland of anorexia treatment is told mostly through her hospital journals. Hubbard’s first agent, signed through Authorlink, terminated for health reasons. His second agent, also found through Authorlink, lost her position when her agency downsized after 9/11. Fortunately, a few months later, McGraw Hill editor Michele Pezzuti spotted the work on Authorlink, made a direct request for the materials, and subsequently offered a contract. First-time author.

BEYOND ANGER: A GUIDE FOR MEN by Thomas J. Harbin, Ph.D, to Avalon (Marlowe & Company). The book originally sold to John Muir Publications as a direct inquiry to Authorlink from the publisher. Muir later was acquired by Marlowe. First-time author.

PROFITS IN NATURAL RESOURCES by Roland Jansen, to John Wiley & Sons, Inc. Both the agent, Elizabet McHugh, and the publisher made direct requests for this work, ultimately represented by McHugh. First-time author.

SPACE FOR WOMEN, A HISTORY OF WOMEN WITH THE RIGHT STUFF by Pamela Freni, to Seven Locks Press, as a direct result of Authorlink.

PATENTS AND TRADEMARKS PLAIN AND SIMPLE by Michael Jester, to Career Press, as a direct result of Authorlink. Jester became the 83 rd author to sell his work with the help of Authorlink. Release date: Spring 2004. Originally titled PATENTS: A PRACTICAL LEGAL GUIDE FOR INDIVIDUALS AND SMALL BUSINESS OWNERS.

Who Have Won Major Publishing Contracts

Six winners of the annual Authorlink New Author Awards competition have won significant publishing contracts, partly influenced by having been winners in the Authorlink contest, which turns six years old in July 2003. This is a partial list.

SONG OF THE BEAST by Carol Berg to Roc (Penguin Putnam, 2000) in a three-book deal. Berg was the 1999 Authorlink first-place Science Fiction/Fantasy winner. First-time author. 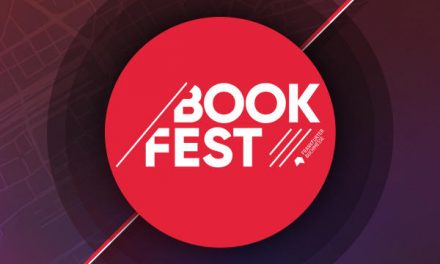 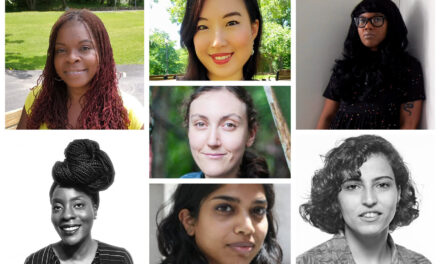