Winners to be Announced March 2nd

New York, NY/02/01/05/Barnes & Noble, Inc. (NYSE: BKS), the world s largest bookseller, today announced the finalists for its prestigious 2004 Discover Great New Writers Awards. The winners in each category, fiction and nonfiction, receive a $10,000 prize and a full year of additional promotion from Barnes & Noble. Second-place finalists receive $2,500, and third-place finalists, $1,000. The winners will be announced March 2, from the following lsit of finalists:

M.J. Hyland, How the Light Gets In (Canongate)

The winners will be announced on Wednesday, March 2nd, at a private awards ceremony. At 7:00 p.m. that evening, all six finalists are invited to read from their work at Barnes & Nobles Union Square store in New York City, located at 33 East 17th Street (between Broadway and Park Avenue South). The Discover Awards honor the best works featured in the Barnes & Noble Discover Great New Writers program during the previous calendar year.

John Daltons first novel, Heaven Lake, is a philosophically poignant tale of a young American who travels to Asia and finds his faith tested in ways hed never imagined. The exotic culture and racial tensions of Sri Lanka in the early and mid-20th century serve as the backdrop for Australian Michelle de Kretsers lush second novel, The Hamilton Case, a subtle, yet brilliant examination of a lawyer caught between two worlds. A second Australian writer was named a finalist for this years fiction award, M.J. Hyland, whose dark first novel of teenage angst, How the Light Gets In, turns the American Dream on its head.

Edward Conlons exploration of the NYPD jumped onto the bestseller lists immediately upon publication. Blue Blood, filled with details of life behind the Blue Wall, offers an unflinching portrait of a family and a vocation. Suketu Mehtas Maximum City presents a marvelous portrait of a city transformed by time ­ Bombay, now Mumbai ­ and his own reaction as an adult returning to a hometown he remembers fondly. Name All the Animals is Alison Smiths tragic memoir of a family torn apart by the death of a teenaged son. Smiths deeply evocative account of grief is a masterful achievement.

Two panels of distinguished literary jurists selected the finalists and will select the winners. Serving as this years fiction jurists are Mark Dunn, a playwright and the author of the novels Ella Minnow Pea, Welcome to Higby, and Ibid; Karen Joy Fowler, whose most recent work is the bestseller, The Jane Austen Book Club; and Meg Wolitzer, whose novels include Surrender, Dorothy and The Wife. A new novel, The Position, will be published by Scribner in March.

The nonfiction judges include the biographer and architecture maven Witold Rybczynski whose works include A Clearing in the Distance and The Most Beautiful House in the World; memoirist Esmeralda Santiago whose memoir, The Turkish Lover (the third book in her autobiographical triology) was published last year; and Amy Stewart, the author of two books: From the Ground Up, a gardening memoir, and The Earth Moved, an exploration of earthworms.

The 15th Anniversary of the Discover Program

The Discover Great New Writers program was established in 1990 to bring to light works of exceptional literary quality that might otherwise be overlooked in a competitive and crowded marketplace. This years selections featured the work of 69 new and previously underappreciated writers. Submissions to the program are read and discussed by a volunteer group of Barnes & Noble booksellers before selection for the programs seasonal promotions. Past winners of the annual Discover Great New Writers Award include Monica Ali for Brick Lane (2003), Jay Griffiths for A Sideways Look at Time (2003), Anthony Doerr for The Shell Collector (2002), Dina Temple-Raston for A Death in Texas (2002), Manil Suri for The Death of Vishnu (2001), Hampton Sides for Ghost Soldiers (2001), Tracy Chevalier for Girl with a Pearl Earring (2000), Chang-Rae Lee for Native Speaker (1995), and David Guterson for Snow Falling on Cedars (1994).

Barnes & Noble, Inc. (NYSE: BKS), the world’s largest bookseller and a Fortune 500 company, operates 839 bookstores in 50 states. For the third year in a row, the company is the nations top retail brand for quality, according to the EquiTrend® Brand Study by Harris Interactive®. Barnes & Noble conducts its online business through Barnes & Noble.com ( www.bn.com), one of the Webs largest e-commerce sites and the number-one brand among e-commerce companies, according to the latest EquiTrend survey. In addition to its retail operations, Barnes & Noble is one of the largest book publishers in the world. Its subsidiary, Sterling Publishing, publishes over 1,300 new titles a year and has an active list of over 6,000 titles.

General information on Barnes & Noble, Inc. can be obtained via the Internet by visiting the company’s corporate Web site: http://www.barnesandnobleinc.com. 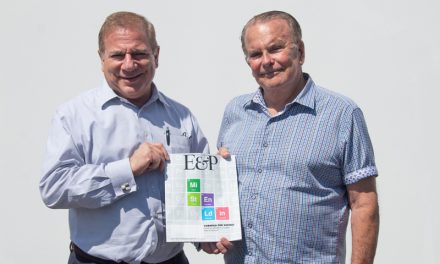