3/29/07–The American Booksellers Association March 29 announced the winners of the 2007 Book Sense Book of the Year Awards, recognizing those titles independent booksellers most enjoyed hand selling during the past year, as voted by the owners and staff of ABA member bookstores.

This year’s winners are:

Adult Fiction: Water for Elephants: A Novel by Sara Gruen (Algonquin) Adult Nonfiction: I Feel Bad About My Neck: And Other Thoughts on Being a Woman by Nora Ephron (Knopf) Children’s Literature: The Book Thief by Markus Zusak (Knopf) Children’s Illustrated: Owen & Mzee: The True Story of a Remarkable Friendship by Isabella Hatkoff, Craig Hatkoff, and Dr. Paul Kahumbu; photos by Peter Greste (Scholastic)

The winners will be feted at ABA’s annual Celebration of Bookselling on Thursday, May 31, at Hotel ABA (the New York Marriott at the Brooklyn Bridge) in Brooklyn, New York. The gala event, open to all BookExpo America attendees, is a highlight of the annual trade show.

“Yet again, this year’s group of winners perfectly represents the kind of unique and thought-provoking titles hand sold in independent bookstores around the country,” said ABA CEO Avin Mark Domnitz. “We are looking forward to recognizing the winning authors and illustrators at this year’s Celebration of Bookselling, and we are especially pleased to do so in Brooklyn, one of the literary capitals of the world. We invite all of the book industry at BEA to celebrate with us.”

Four 2007 Book Sense Book of the Year Honor Books in each category were also chosen by ABA member booksellers. They are:

The Brief History of the Dead: A Novel by Kevin Brockmeier (Pantheon)

The Inheritance of Loss by Kiran Desai (Atlantic Monthly)

The Road by Cormac McCarthy (Knopf)

The Life and Times of the Thunderbolt Kid: A Memoir by Bill Bryson (Broadway)

Mayflower: A Story of Courage, Community, and War by Nathaniel Philbrick (Viking)

The Worst Hard Time: The Untold Story of Those Who Survived the Great American Dust Bowl by Timothy Egan (Houghton Mifflin)

The Astonishing Life of Octavian Nothing: Traitor to the Nation, Volume One: The Pox Party by M.T. Anderson (Candlewick)

The Book Sense Book of the Year winners and honor books were selected by booksellers from titles most often nominated for the Book Sense Picks lists in 2006. Booksellers were also able to write in titles on the ballot. Only books published in 2006 were eligible.

Prizes for this year’s winners are being provided by Book Sense partner Levenger, Inc., a catalog and Internet seller of high-quality tools for reading and writing.

In addition to being honored at the Celebration of Bookselling, the Book of the Year winners and honor book recipients will be invited to ABA’s Book Sense Author Luncheon on Friday, June 1, at the Jacob K. Javits Convention Center.

ABA programming at BEA will be held from Wednesday, May 30, through Saturday, June 2. The Celebration of Bookselling will be held on Thursday, at 5:15 p.m.

To help booksellers promote the 2007 winners, ABA is offering low-tack, removable stickers in two designs: “Book Sense Book of the Year Winner” and “Book Sense Book of the Year Honor Book.” Stickers are 1.5″ in diameter and come in sheets of 30 per design. Due to limited quantity, stickers are available on a first-come, first-served basis. To order stickers at no charge, contact Tina Pallogudis at tina@bookweb.org or by phone at (800) 637-0037, ext. 6636. Sticker designs must be ordered in multiples of 30. 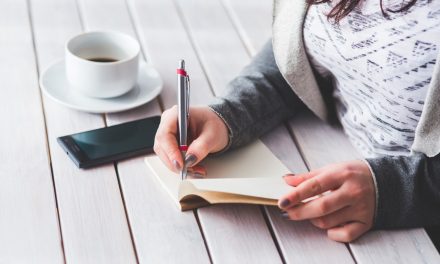