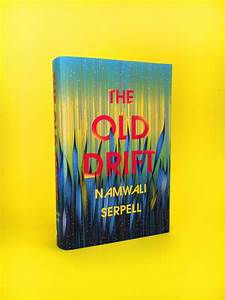 The 40th annual Los Angeles Times Book Prizes were awarded today on The Times’ Books Twitter feed. The literary awards continue to champion new voices and celebrate the highest quality of writing from authors at all stages of their careers. Following each prize announcement, a video of the winner’s speech was shared on Twitter, with all videos now compiled on The Times’ YouTube page.

The Book Prizes recognized outstanding literary works in 12 categories, including the new Ray Bradbury Prize for Science Fiction, Fantasy & Speculative Fiction. Walter Mosley was honored with the Robert Kirsch Award for lifetime achievement, and WriteGirl received the Innovator’s Award for its contributions to the community, promoting literacy and creativity to empower girls. A complete list of this year’s Book Prizes winners follows.

Namwali’s Zambian debut novel follows three generations of three families, telling the story of a nation, and of the grand sweep of time. On the banks of the Zambezi River, a few miles from the majestic Victoria Falls, there was once a colonial settlement called The Old Drift. Here begins the story of a small African nation, told by a swarm-like chorus that calls itself man’s greatest nemesis.

The complete list of 2019 Book Prizes finalists and previous winners is available at latimes.com/BookPrizes, as is eligibility and judging information.