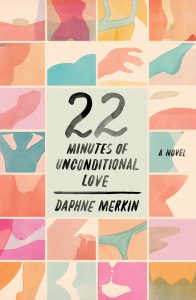 “In this story there is no final scene, no decisive change of heart or firm resolve so much as a furious inner struggle—a struggle that has left no discernible traces yet has marked me as surely as bruises after a fall.”

As one turns the pages of this remarkable work, we realize that–as the author says–there is no traditional story arc. Yet, from her deeply-probing descriptions of pain and passion, the tale takes on  a distinct meaning beyond words.

For this, her second novel, Daphne Merkin uses short pieces of prose which she calls digressions, Merkin, as the author, talks directly to the reader, providing  personal insights from outside the story. The odd structure works.

Daphne Merkin’s  recent book, the memoir This Close to Happy (Farrar, Straus & Giroux, 2017), garnered a rave front-page review in The New York Times Book Review. She is also the author of a second novel, three nonfiction books and a number of essays.

In 22 MINUTES OF UNCONDITIONAL LOVE, readers follow Judith, a young book editor in New York City, through her descent into an all-consuming sexual obsession with Howard Rose, a lawyer thirteen years her senior who soon exacts a degree of control over her body, emotions, and behavior that Judith finds by turns terrifying and thrilling. Recounted by an older Judith who, years after the end of this dangerous sexual entanglement, has ambivalently embraced marriage and motherhood, Merkin’s new novel tells the story of a woman determined to reclaim her autonomy in the aftermath of a destructive relationship. But that doesn’t mean memories of Howard Rose—and of the gratification she derived from her wayward encounters with him—are ever far from her mind.

In 22 MINUTES, Merkin gives voice to many women who may never have understood  that their  love-starved sexual relationships with unsuitable partners may have been rooted in early childhood abuses and neglect, and in lifelong struggles with depression–all of which Merkin has personally experienced.

In some ways, the work reminds this reader of Joan Didion’s brutally honest and personal recounting of her grief in the loss of her husband in A YEAR OF MAGICAL THINKING, now a classic.

Having mined the elusive mechanisms of female psychology throughout her long career as a distinguished critic, memoirist, and novelist, Daphne Merkin is uniquely positioned to give us the kind of unblinking, genuine storytelling her subject requires.

“Daphne Merkin meets the formidable challenge of describing female lust and romantic obsession with
all the desired daring, candor, and skill. The result is a bracingly honest, keenly insightful, utterly
compelling book.” —Sigrid Nunez, author of The Friend

“Daphne Merkin has written a novel as vexing and bright as a Rubik’s Cube. 22 Minutes of Unconditional
Love is an anti-romance about a woman’s profane and humiliating desire to be defined by love.”
—Catherine Lacey, author of Pew

“22 Minutes of Unconditional Love is full of echoes and recognitions and interest on many levels—personal,
literary, sociological, philosophical. Its take on the freedoms and constraints of feminism is much
needed. Daphne Merkin’s prose has some of the shocking exhilaration of early Edna O’Brien.”
—Margaret Drabble, author of The Dark Flood Rises

“Daphne Merkin puts into words observations that have mystified me forever. Like Milan Kundera, she
knows how to get inside the sexual mind without making the reader cringe.
There is no one who writes better.” —Carly Simon, author of Touched by the Sun

“Sometimes desire is a catastrophe. You can be a supremely brainy woman and not have the first clue
about your predilections, until the wrong man comes along and introduces you to them. Daphne Merkin
gives us an exquisitely rendered philosophical mystery about the divided self, and the awkward fact that
we don’t necessarily choose what arouses us.”
—Laura Kipnis, author of Unwanted Advances: Sexual Paranoia Comes to Campus

“Acclaimed and audacious essayist, novelist, and memoirist Merkin is at her sly and provocative best . . .
With psychological acuity, sexual heat, and now sadly nostalgic scenes of a pre-pandemic city ‘at full tilt,’
Merkin’s incisive novel of a woman piloting herself through the wildfire of sexual obsession is as boldly
canny as it is cleverly diverting.” —Donna Seaman, Booklist

ABOUT THE AUTHOR
Daphne Merkin is the author of the novel Enchantment, which won the Edward Lewis Wallant Award for best novel on a Jewish theme, as well as two collections of essays and the memoir This Close to Happy. She is former staff writer for The New Yorker, and her essays frequently appear in The New York Times, Bookforum, The New Republic, Departures, Elle, Travel + Leisure, Tablet, and many other publications. Merkin has taught writing at the 92nd Street Y, Marymount Manhattan College, and Hunter College, and she currently teaches in Columbia University’s MFA program. She lives in New York City.
22 MINUTES OF UNCONDITIONAL LOVE 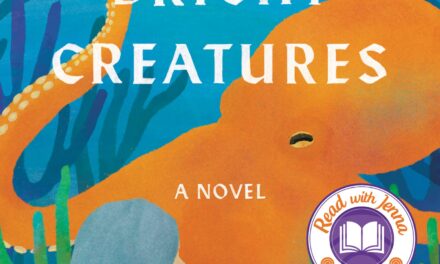 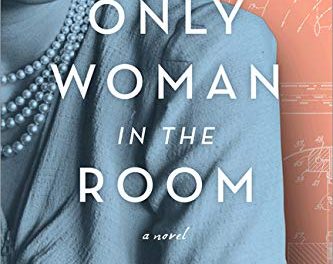 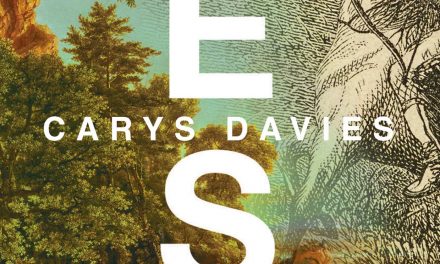