It is indisputable that good writing begins with a really good idea seen through to the end. For writers in search of that good idea, Julia Powell, author of JULIE AND JULIA, urges you to pay attention to "wild midnight dreams."

Such a dream inspired The Julie/Julia Project, Powell's pledge to cook all of the recipes in Julia Child's MASTERING THE ART OF FRENCH COOKING over the course of one year in her tiny apartment in Brooklyn. Having just turned 29 and working a temp job, Powell wanted a challenge and figured Julia Child's classic cookbook was a great place to start.

Powell Her husband, Eric, suggested she document her trials and tribulations in a blog, and the rest, as they say, is history.

Powell had majored in writing in college and had the requisite unfinished novels in drawers prior to this project. With her first web log entry on August 25, 2002, she embarked on an adventure that tested her determination, helped her find her way, and culminated in a six-figure book deal with Little, Brown.

"I started out without any pretensions that there would be a large audience, but there is a viral quality to blogs. Within a month people were reading it and posting comments," said Powell.

The buzz grew slowly and was helped along by media attention. The first article was three and a half months into the project and was authored by acquaintance of her husband's who was a freelance writer for the Christian Science Monitor. CBS News and Newsday both ran pieces seven or eight months into the project and The New York Times ran a piece just before the project ended. "The blog readers helped me understand the significance of what I was doing and helped me understand that it was about the universal notion of changing your life in an intuitive way," she noted.

The blog also freed her to forget her inner critic and write uncensored about what was happening in the moment.

Powell thinks Julia Child's appeal had a lot to do with people's initial interest in the project. Once they began reading, Powell believes readers could identify with her quest.

"You reach a point where none of your options satisfy and you feel trapped in your life. I think the idea of taking that wild midnight dream idea and changing your career through irrational means drew people to my story," said Powell.

There is a good chance they were also drawn by the strength of Powell's literary voice, which is honesty, earthy, witty and profane. Her blog entries and book document her successes and failures in a no holds barred way. They describe ups and downs in her relationship with her husband as they held down jobs, worked their way through the recipes, washed dishes nonstop and tried to have time for one another. The romantic exploits of her friends are also offered up in sharp detail.

She was half way through the project when a publisher approached her about doing a book, something her web readers had also insisted she should do when she completed the project. "I fiddled around for eight months and then wrote the first draft in five weeks…"

Writer Elizabeth Gilbert, with whom she had struck up an acquaintanceship, suggested Powell call her agent, Sarah Chalfont of The Wylie Agency. Her book deal was finalized in November 2003.

Powell enjoyed a "long gestation period" before getting down to work. "I fiddled around for eight months and then wrote the first draft in five weeks," said Powell.

While the blog allowed her to "not worry about where you wind up," she said novel writing was best described by writer Anne Lamott who compared it to traveling across country in a car in the dark with the headlights allowing you to see only a short distance in front of you.

While working on this book she preferred to get an early start in the morning. "When I knew I was going to stop writing for the day, I went one sentence into the next section so I'd have something to start on. I tried to move beyond a satisfying endpoint," said Powell.

She also returned to MASTERING THE ART OF FRENCH COOKING and found insight into structure.

"Julia took a very simple technique and would build on it, but always referred back to earlier material. My plot did that too, recalling stories that didn't mean anything at the time but gave the story context," said Powell.

She struggled with the form the book should take trying to impose a structure such as having the book cover the year providing one recipe a month.

"The structure ended up being much more organic than that," noted Powell.

The book is an inventive mix of scenes from Powell's life juxtaposed with fictional (but well researched) scenes from the early life of Julia and Paul Child. The scenes about Julia Child are told from Paul's perspective and document Julia's struggle to find herself, which ultimately lands her in cooking school.

"Julia's evolution was important to me. We all know her as a woman who was so manifest, but she had a period in her life where she was as lost as I was," said Powell.

She worked with editor Judy Clain from Little, Brown. After she sent Clain the first draft, Clain sent her notes and Powell "totally changed the whole thing," going from third person to first person, eliminating a subplot, and adding the Julia vignettes.

"She told me the changes worked great, but she was sending me more notes and not to revamp the book again," said Powell, with amusement in her voice. "I learned how to live, try things and follow my passion like Julia."

Powell The entire experience left her changed. "I learned how to live, try things and follow my passion like Julia. Julia never says it will be simple and easy but that you can master challenges because you are a person of mettle," noted Powell.

She is now willing to try news things, including writing a screenplay, and is more likely to follow through on ideas. Her next venture will be another food related nonfiction memoir based on her attempt to learn the art of butchering. She is also working on a novel.

Julie Powell is a 32 year old writer who lives in Queens with her husband, Eric, three cats and a dog. After years of working as a temp, she is pursuing her dream of writing for a living. About Regular Contributor 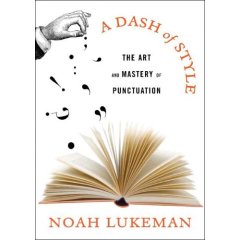