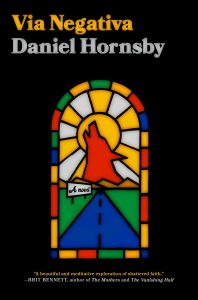 “A beautiful and meditative exploration of shattered faith.” —Brit Bennett, author of The Vanishing Half

A heartfelt, daring, divinely hilarious debut novel about a priest who embarks on a fateful journey with a pistol in his pocket and an injured coyote in his backseat.

Father Dan is homeless. Dismissed by his conservative diocese for eccentricity and insubordination, he’s made his exile into a kind of pilgrimage, transforming his Toyota Camry into a mobile monk’s cell. Like the ascetic religious philosophers he idolizes, he intends to spend his trip in peaceful contemplation. But then he sees a minivan sideswipe a coyote. Unable to suppress his Franciscan impulses, he takes the wild animal in, wrapping its broken leg with an old T-shirt and feeding it Spam with a plastic spoon.

With his unexpected canine companion in the backseat, Dan makes his way west, encountering other offbeat travelers and stopping to take in the occasional roadside novelty (MARTIN’S HOLE TO HELL, WORLD-FAMOUS BOTTOMLESS PIT NEXT EXIT!). But the coyote is far from the only oddity fate has delivered into this churchless priest’s care: it has also given him a bone-handled pistol, a box of bullets, and a letter from his estranged friend Paul—a summons of sorts, pulling him forward.

By the time Dan gets to where he’s going, he’ll be forced to reckon once and for all with the great mistakes of his past, and he will have to decide: is penance better paid with revenge, or with redemption?

“This quietly wise and graceful novel knows so much about what we don’t know, about visions and signs and everyday tragedy.”— Elisa Gabbert, author of The Unreality of Memory.

Daniel Hornsby was born in Muncie, Indiana. He holds an MFA in fiction from the University of Michigan, and an MTS from Harvard Divinity School. His stories and essays have appeared in the Los Angeles Review of books, Electeric Literature, The Missouri Review, and Joyland. He lives in Memphis, Tennessee. 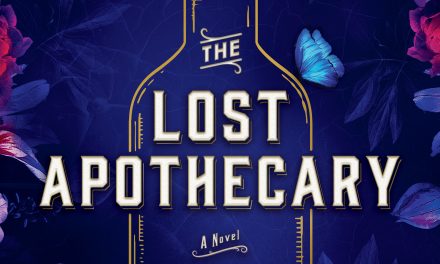 The Play’s the Thing: Part 1 By Dale Griffiths Stamos