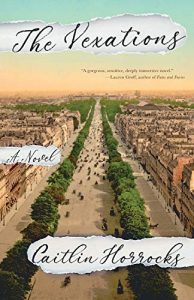 Caitlin Horrocks, author of The Vexations, had finished her MFA at Arizona State University in 2007 and had been writing short stories for a few years, when she signed up for a summer workshop in 2010. “I finished my program feeling like I had a grip on the short story form and a passion for it. What I didn’t have was a novel-sized idea,” said Horrocks.

She was on her way to the workshop and got an e-mail that said she needed to have 12 copies of an unpublished story ready for class in 24 hours. She settled on an idea based her longstanding interest in composer Erik Satie, whose work she had discovered as a piano student. Horrocks studied piano for ten years and worked as an accompanist in college. She first heard Satie’s “Gymnopédie no. 3” in middle school and began looking into his other work.

“He was an odd duck. He wrote beautiful music and odd music. It was a bad short story…”

“He was an odd duck. He wrote beautiful music and odd music. It was a bad short story, half of which focused on Satie and half of which had a modern-day protagonist who was plagued by self-doubt,” said Horrocks. The story included a huge flash forward that went beyond Satie’s lifetime.

She left the workshop “worried, but excited” and determined to explore her fascination with Satie in novel form. Horrocks immersed herself in research, photographing streetscapes in Paris, reading scholarly works and tracking down details of daily life in Paris.

The book is peppered with delightful finds like a poet who sells olives wrapped in his poetry and the Laundry for the Unforesighted, which Philippe frequents in the novel, a real place, for men with only one change of clothes.

“There was research as a form of procrastination and paralysis. Finally, I told myself that this is not a biography and ultimately the story would need to be my (fictionalized) version of events,” said Horrocks.

The years that followed included the publication of a short story collection, This Is Not Your City, a New York Times Book Review Editor’s Choice and a Barnes and Noble Discover Great New Writers selection.

Horrocks finished product is the recently released novel, The Vexations, which recreates the bohemian lifestyle of Paris of the late 19th and early 20th centuries and illuminates the life of Satie through five narrators, Satie, his siblings, Conrad and Louise, his friend Phillippe, and his lover Suzanne Valadon. It is a richly layered portrait of Satie’s life and the times.

“He was a difficult person to know and to write about.”

The choice of multiple narrators sprang from her exploration of Satie’s life. “He was a difficult person to know and to write about. I kept asking myself as I researched him, was he being sincere in this moment, was he being self-sabotaging, was he being a provocateur? I realized that those were the questions people in his life had about him and it drove me to learn more about them,” said Horrocks. “I thought it would be more interesting for the reader to see the larger network of support, love, exasperation, and resentment that existed around Satie.”

Creating fictional characters out of real people was a challenge. “At times I felt like a literary grave robber,” she admitted.

Horrocks read lots of historical fiction based on real people and was particularly intrigued by Colum McCann’s Dancer, which portrays the life of dancer Rudolf Nureyev as told through the cast of those who knew him including his sister, teacher, and shoemaker. “

She took great pleasure in learning about Satie’s sister Louise, a piano teacher, whose own talent was constrained by the societal limitations of women in that era. “I had a lot of admiration for Erik, but he had freedoms Louise did not have,” said Horrocks.

She gave herself wide berth in shaping the narrative. “I made a rule. If I knew it couldn’t have happened I didn’t include it.”

There were times when Horrocks wondered why she should be the one to write this novel. “Finally, I told myself no one else is writing it, so take what you know and do it justice,” said Horrocks.

The book was completed in two major drafts, with the first draft being “baggier than the finished product.” Revision included shortening and tightening the work and making some of the things mentioned offstage into scenes.

One thing that didn’t change was the scene that Horrocks ultimately choose to end the book, which focuses on a pivotal moment from Satie’s career and muses on the nature of art and immortality.

“That scene was one of the first things I wrote and it landed in so many places in the novel over the years. I knew it was a keeper. I just didn’t know where it belonged. When I was writing the final chapter, I realized it was the ending,”

With her novel out in the world, Horrocks is looking forward to the release of a collection of her short stories in 2021 and is pondering her next novel-sized idea.

Caitlin Horrocks is author of the novel The Vexations, and a short story collection, Life among the Terranauts, forthcoming from Little, Brown in 2020. Her story collection This Is Not Your City was a New York Times Book Review Editor’s Choice and a Barnes and Noble Discover Great New Writers selection. Her stories and essays appear in The New Yorker, The Best American Short Stories, The PEN/O. Henry Prize Stories, The Pushcart Prize, The Paris Review, Tin House, and One Story, as well as other journals and anthologies. 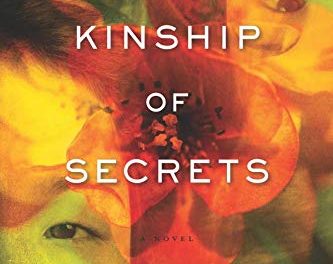 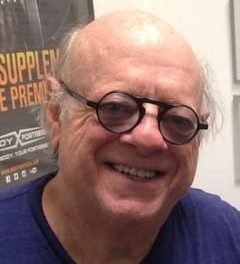